Manx mist delayed the start for the leading groups, who went out last off the blue tees, in the final round of The International Stock Exchange (TISE) sponsored club championship at Castletown Golf Club on Saturday. It seemed to unsettle some as Steven Boyd and David Price, who were lying third and sixth respectively, made hesitant starts and then failed to finish.

The joint leaders at one over par were Gez Bradley (2) and Dave Quayle (3). They were in the last group out along with Boyd who was on two over par. Bradley began with a birdie bringing him back to level par. Quayle’s bogey produced a two stroke swing which increased to five when Quayle bogeyed the 3rd and double bogeyed the 4th. Bradley gifted back three strokes over the next two holes, but Quayle’s bogeys on the 7th and 8th saw the gap move out to four strokes. Then Bradley bogeyed the 9th so he held a three shot lead over Quayle at the turn.

Meanwhile, 18th placed Robert Noon (-2), who started at seven over par, was making his move up the leader board. Birdies on the 2nd, 3rd and 8th and just one bogey on the Road Hole enabled Noon to turn at two under par. Cumulatively Noon was now on +5 which moved him up to second place just one stroke behind Bradley and two better than Quayle who was now on +7.

They both parred the next two holes and then Bradley boldly birdied the 18th to finish at three over on the day and +4 cumulatively. All Noon needed was a par at the last but a bogey beckoned and so they were tied. Each had carded a cumulative 148 and although Noon had secured the second round with a tremendous three under par performance the championship was decided on their final nine countback. 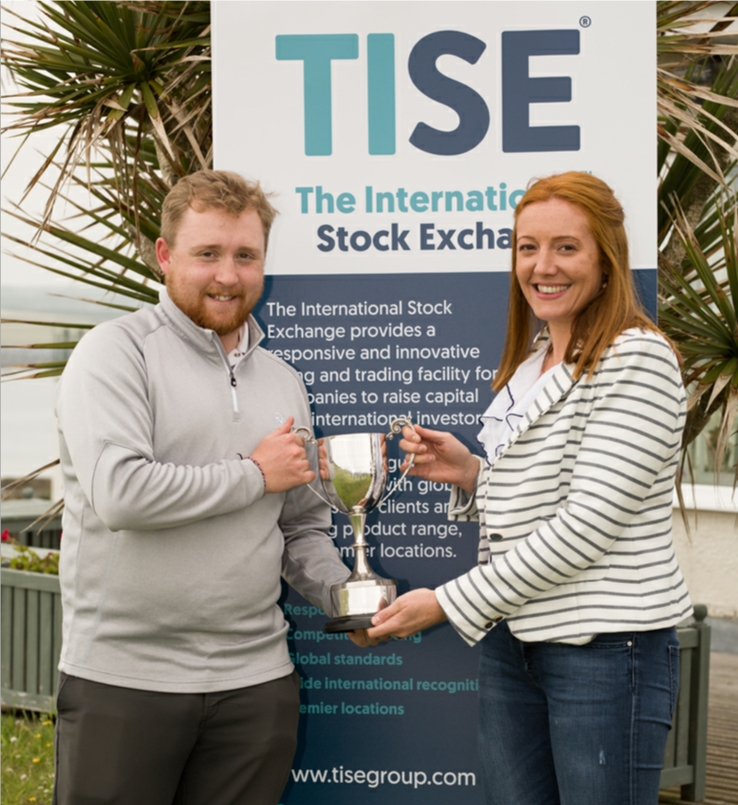 Noon got the nod and was delighted to receive the trophy from Carolyn Gelling head of TISE’s Isle of Man office.

Quayle’s one under par back nine saw him finish with a 77 for fifth on the day and third overall on 150. He also had the best nett score with 143 (69 + 74). Michael Charmer (1) claimed fourth overall with 75 + 80 for 155. Mark Curphey (3) was fifth on 157. Sixth overall, early starter Sam Skelton (5) was the long time club house leader. Skelton’s two over par gross 74, nett 69, eventually placed him second on the day in both the gross and nett competitions.

Iain Quine (8) took the honours in the second round nett prizes with a 67 and Dan Williams (7) took third with 70 which added to his nett 76 from the first round also gave him third spot overall beating Gareth Morris (69 + 77) on countback. 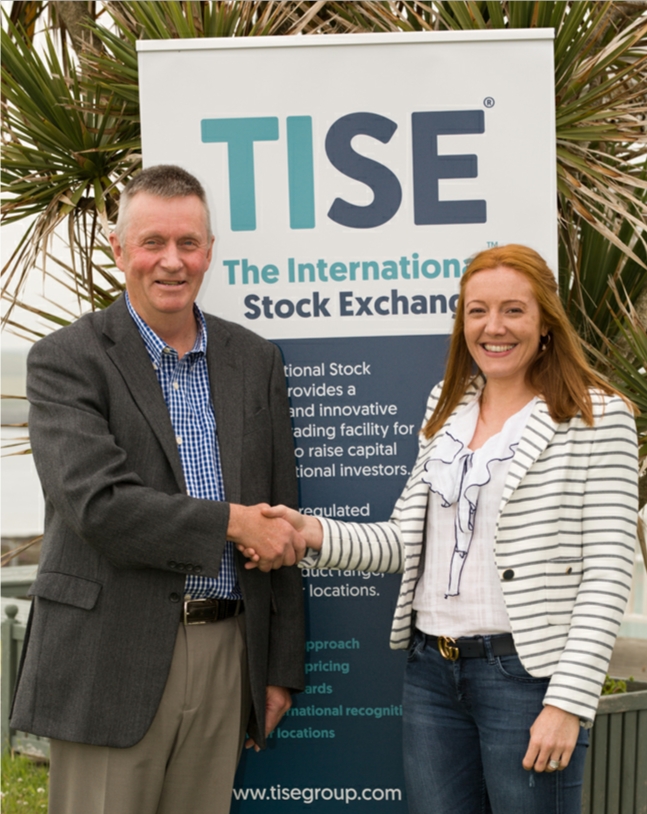 In the yellow tees senior’s championship Stephen Keegan (9) followed up his first round 79 with a best of the day five over par 77 to win by three shots ahead of the round one winner Dennis Moore (9). Keegan’s cumulative score was 156 compared to Moore’s 159 (77 + 82). 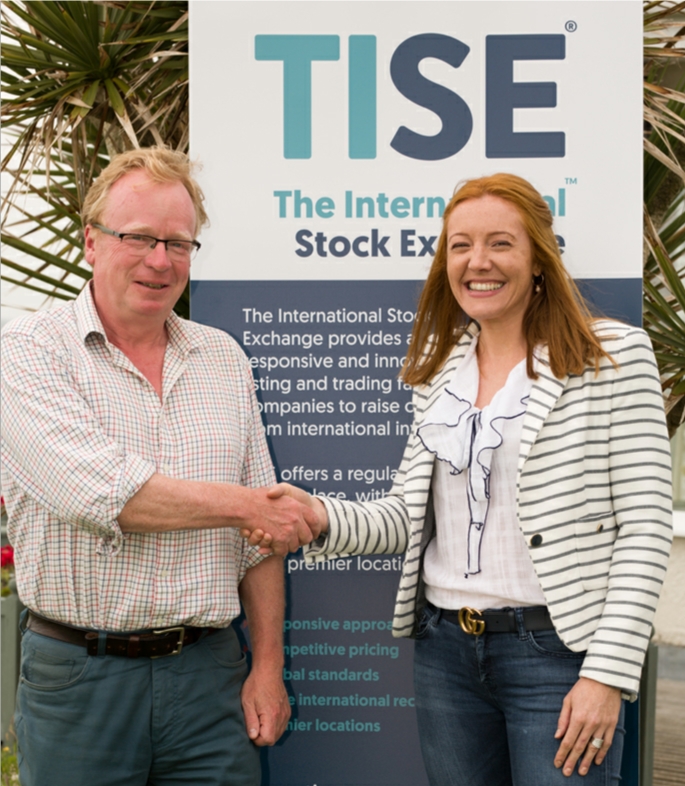 Lee Coxon (12) took second place in the senior section on the day with 80, but his nett 68 was only good enough for fifth place. Stuart Butler (19) took the honours with a nett 66 and three other players, Kevin Madin (23), Robert Taylor (17) and Keegan all had a better countback than Coxon.