On a beautiful Autumn morning, two of the Club's most respected golfers headed out to do battle in the Final of the WA Kirkpatrick Matchplay Trophy. The finalists were accompanied by defending champion & Vice Captain, Graham Harris who acted as a referee for the occasion.

Simon Murray (5) & Sam Skelton (5) were evenly matched on paper and a close game was anticipated. Murray opened with four straight pars which surprisingly, was good enough for a 2 up early lead. A bogey on the Road Hole may have presented an opportunity for Skelton to pull one back but unfortunately he compounded the situation by making a double bogey himself and Murray pushed away to 3 up.The 6th was halved in par 4's and Murray went 4 up on the 7th with a birdie 4. A pair of par's on the 8th and a bogey 5 on the 9th saw Murray reach the turn with a commanding 5 up lead.

Unfortunately, Skelton didn't have his A game and a fight back looked improbable. Par's from Murray on holes 10, 11, 12 & 13 were good enough to see the match finish prematurely with a 6&5 victory and the handshake ensued. Commiserations to Sam on the day but a great achievement to have reached the final having played some terrific golf over the past few months to get there. This is Simon's fourth victory in the Club Matchplay and caps what has been a very good year for him. Well done to both guys, played in the spirit of everything that's great about our sport. 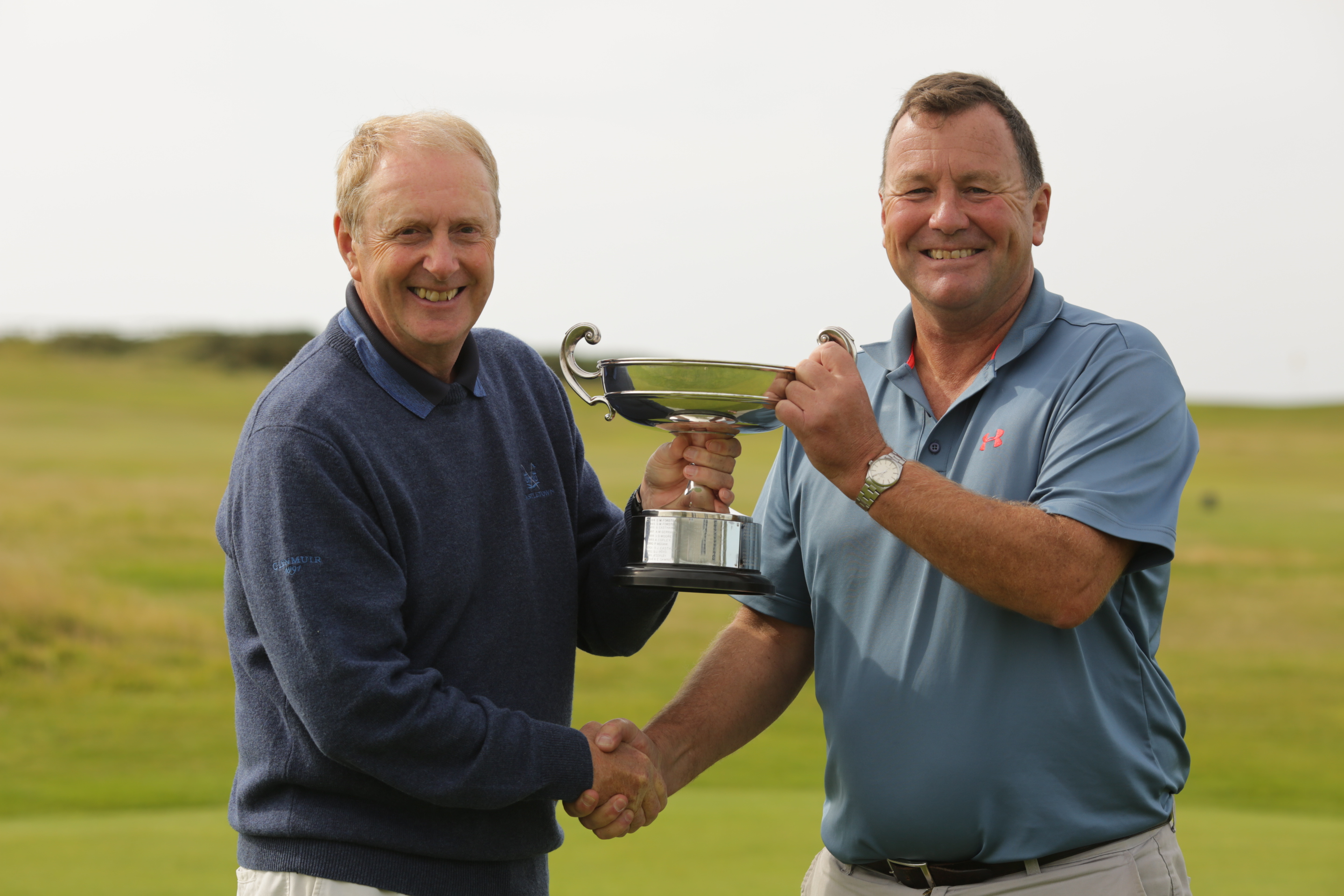