RECORD BREAKING SUPPORT FOR CAPTAINS DAY AND THE GOLF CHAMPIONSHIPS

160 members set out on Yorkshire Day to help Graham Harris celebrate his home county themed Captain’s Day. With the Castletown course in beautiful condition ahead of the final of the Grant Thornton Island Golf Championships nearly a quarter of the field came in with 36 points or more. In addition, the new course black tees record was reset at 68 by Daryl Callister who finished fourth with 42 points.

After countback the winner of the Captain’s Cup, with 44 points, was Greg Stalker. Having come third in the George Woods Bogey Cup, second in the June SMP Partners medal and winning a midweek Stableford Stalker has halved his handicap from (8) to (4) in the past month.

In second place Michael Charmer won the nearest-the-pin prize on the 8th and was four under par after 13 holes. Charmer finished with what was temporarily the new back tees course record of 69 but his bogey on the 15th cost him on countback on 44 points.

Jake Sansbury (12) was the first of three players to card 42 points. What was more remarkable is that he made them off only 16 scoring holes. Discounting N/Rs on the 7th and the 18th Sansbury went round in two over par so should soon be off single figures.

After three birdies and five bogeys Mark Teare (6) also made a mess of the last hole going from two over to four over to finish fifth with his 42 points. Steve Jeffers (3) took sixth spot on 41 points after bunker blues on the 13th put him on two over par. The other prize winners were Jon Hall for NTP on the 13th and George Powell who was 53 yards longer than my own pleasing drive. 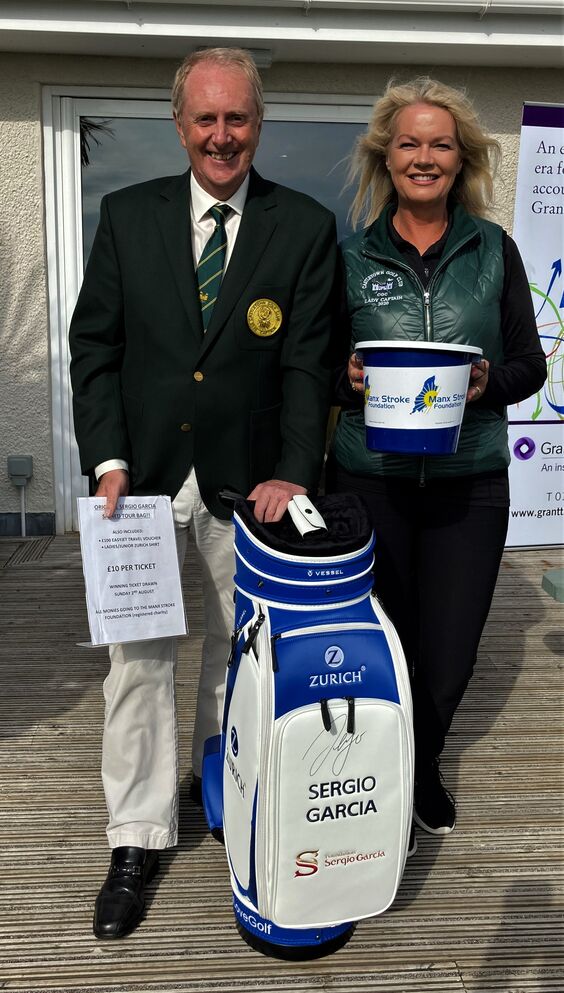 The charity raffle winner, Graeme Cryer, choose free golf membership for 2021 so the pro golf bag signed by Sergio Garcia will now be auctioned at the next Manx Stroke Foundation fund raising event - the Battle of the Captains - on Friday 11 September.

The Anne Eades Trophy was won on Wednesday by Caroline Kay with 34 points. Caron Moran had the same score but was the countback casualty. In third place Heather McKenna had accumulated her 33 points after 17 holes but, like two thirds of the field, fell victim to the last hole.

There was also a tie at the top in the Men’s midweek Stableford. The winner, Steve McGowan, reverted to a single figures handicap thanks to carding 43 points. Second-placed Trevor Boyles slipped at the last and lost on countback. George McArdle took third with 42 points.

This coming weekend sees the first round of The International Stock Exchange (TISE) sponsored club championship which is a 36 hole competition played off the black tees. The seniors may play off the whites for their separate main prize.

After the final on Sunday the president of the Golf Union, Gordon Pairman, thanked all concerned with the splendid condition of the course and the smooth organization throughout the two weeks of the Grant Thornton Island Golf Championships. 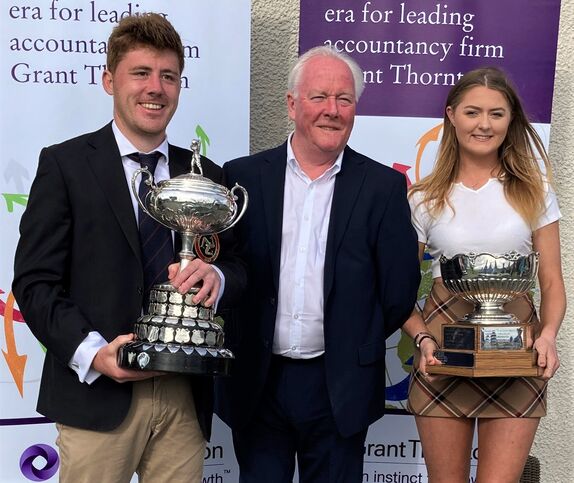 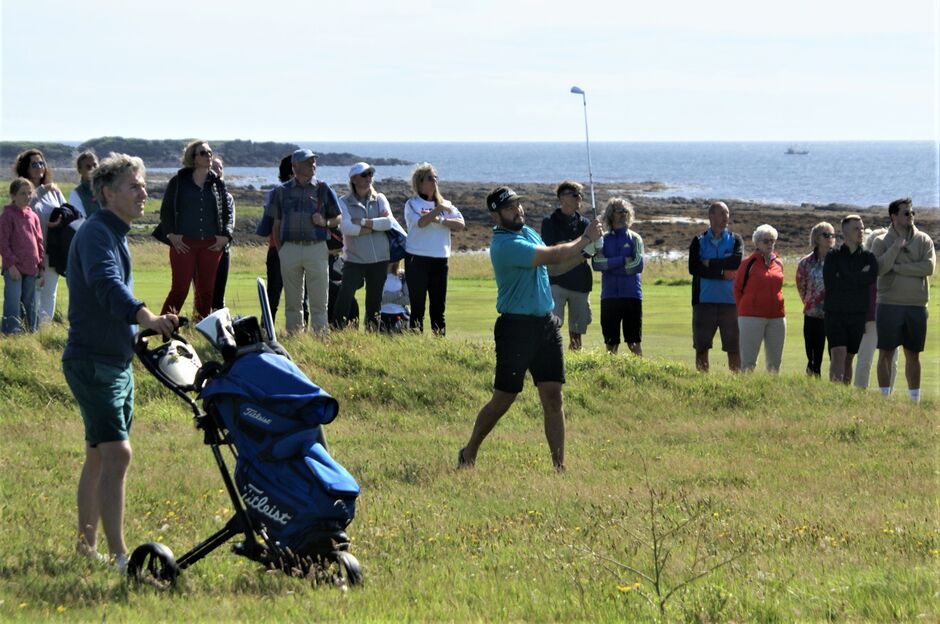 plus the runners-up PJ Vermeulen 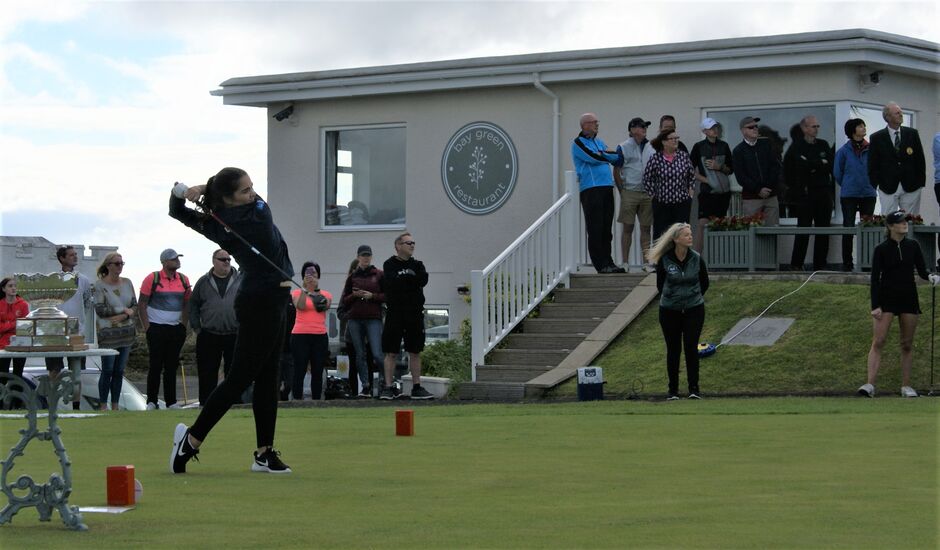 It was an excellent exhibition of match play golf for the record-breaking crowd to enjoy.