It was not quite an invasion of the body snatchers at Castletown Golf Club on Saturday, but a few players did rip off their tops. Flying ants were massing, and some members resorted to desperate measures in order to rid themselves of unwelcome passengers. 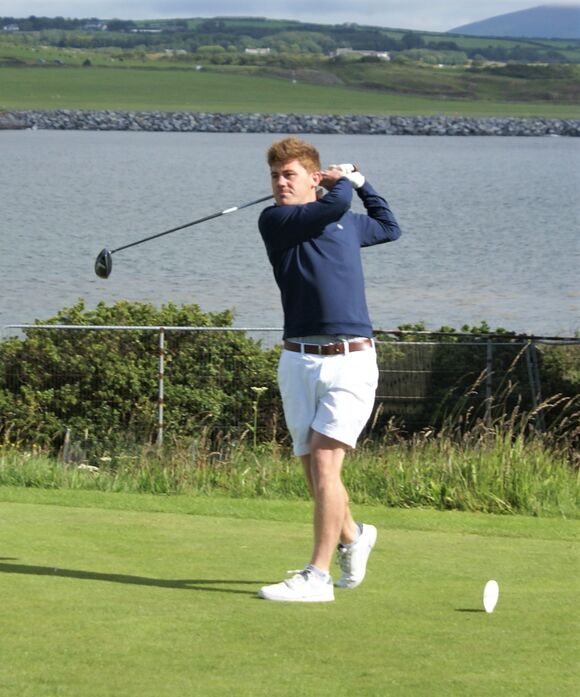 The Island Champion Jon Corke continued where he left off last week and opened with three birdies in the first four holes to take an early lead in The International Stock Exchange (TISE) sponsored club championship played off the black tees. Finishing with a double bogey Corke slipped back to level par 72 which was still good enough to top the leaderboard after round one.

Second placed Tom Doyle opened with back-to-back birdies and repeated the feat on the back nine. A double bogey on the 4th and three other bogeys left him just one back on 73.

Three players tied for third place with 75s. With two, three and four inward bogeys respectively, Steven Boyd, Michael Charmer and Martin Young finished in that order. Young (7) went on to claim the nett section main prize on 68 after deduction of his handicap.

Another player plucked from relative obscurity by his handicap was Michael Kinmond (17). His gross 87 placed him 23rd overall but his marvelous nett 70 was rewarded with second in the nett section. Kenny Chesterson (6) claimed third spot with his 77/71 and Tim Shallcross (18) took fourth on 90/72. 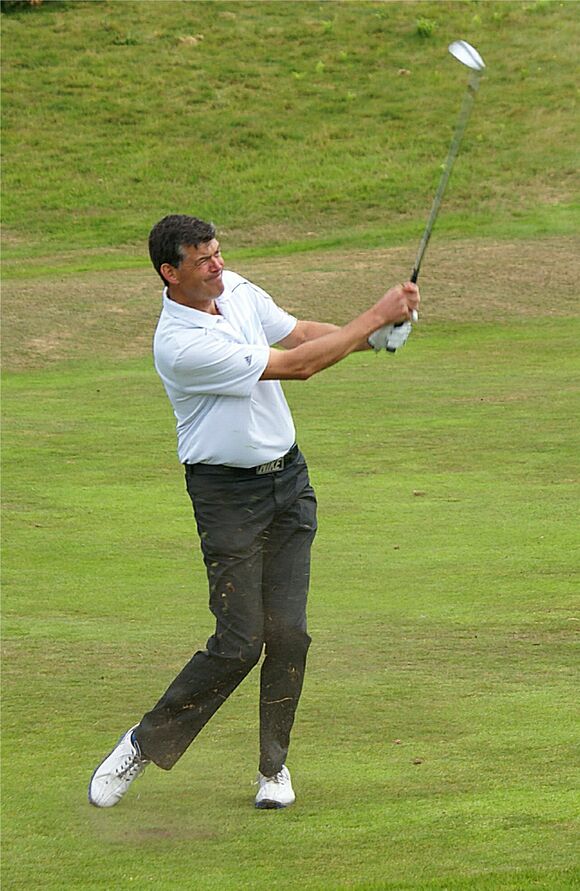 The runaway winner of the first round in the Senior Championships was former Castletown Cup winner Robert Braide with a superb new white tees course record score of 69, which is three under par.

Andy Lagden, who already holds the new yellow tees course record of 75, shot the same score on Saturday, off the whites, to secure second in the senior section. Former captain Mike Horsthuis was third with 76. Peter Easthope finished fourth on 80 and Brian Bodell was fifth on 81.

Last year’s senior champion Steve Keegan (9) played to his handicap finishing sixth overall and fifth in the nett section with 72. The winner of the nett section Alan Bath (20) birdied the 3rd, parred ten holes and had just four bogeys. Had he not dropped nine shots over the other three holes he would have signed for something more sensational than his nett 64.

38 ladies from across the island took part in the Norma Loundes Stableford on Sunday. This was won by slow starting Kitty Cassidy (8) who was six over after six holes. Cassidy played the next twelve in just one over par for 31 of her 37 victorious points. Jane Holt (20) was second on 36 and former captain Louna Vermeulen (19) came third with 35 just ahead of former island champion Lynda Simpson on the same score.

This coming Saturday sees the final round of the TISE sponsored club championship at Castletown and on Sunday Ramsey GC plays host to the Island Senior Championship sponsored by Tower Insurance.