Over the past two weeks 73 members took on the black tees in The International Stock Exchange (TISE) sponsored Castletown Club Championship. With the tough rough and tricky traps only 19 players recorded a score for all 36 holes. With a cumulative one over par total of 145 the recently crowned Island champion Jon Corke added the club title to his tally. Corke Impressively finished five shots clear of the field with both Stephen Boyd and Tom Doyle, in that order, plundering the other podium places on +6.

Last year’s club champion Robert Noon won Saturday’s second round by two clear shots with a lively one under par performance which included four birdies on the front nine. Noon secured sixth overall on +8 after a reload on the 9th led to a melt-down in the first round.

Similarly, Corke failed to find his first ball on the 11th on Saturday. Thus, he surrendered three of his six birdies and having already squandered two shots on the Road Hole Corke had to settle for second place on 73. 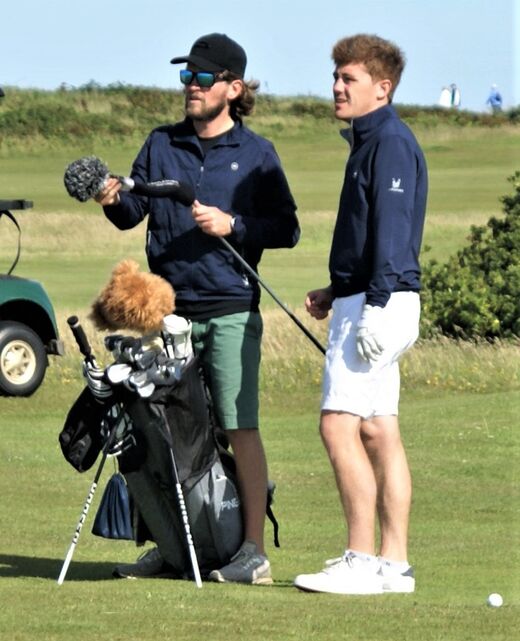 In third place on Saturday Daryl Callister, playing alongside Corke, also experienced location problems on the 11th. He dropped two shots there in his three over par round. Having carded 76 the week before Callister’s cumulative 151 placed him fourth overall at +7.

Finishing with a beautiful birdie Michael Charmer claimed fifth place, both overall on +7, and with his 76 on Saturday. Boyd (75) and Doyle (77) took fourth and seventh places respectively in Saturday’s competition.

The Island Champion also headed the nett leaderboard on 147 equal with Doyle but better on countback. Boyd just piped Kenny Chesterson for third place. They both netted 148. 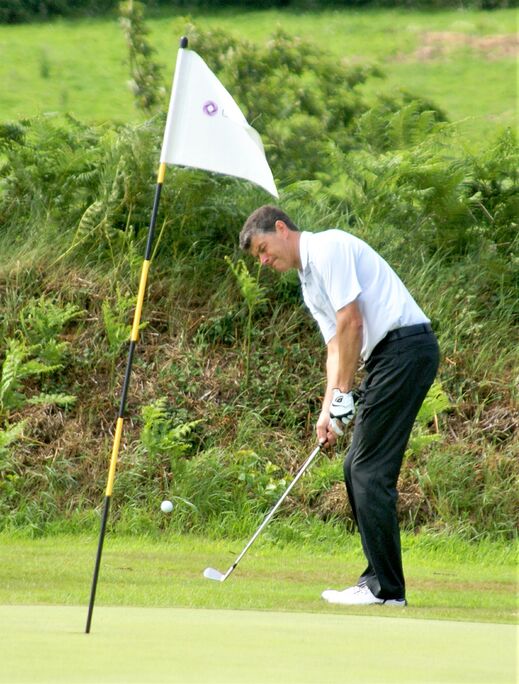 In the TISE Senior Club Championship, with a new white tees course record Robert Braide already held a six shot lead over Andy Lagden and was seven in front of former captain Mike Horsthuis. Only 17 out of the 72 participants avoided an N/R and Braide consolidated his position by finishing second on Saturday. He added an 81 to his marvelous opening 69. Braide’s cumulative (+6) total of 150 eventually placed him an impressive twelve shots clear of the field.

Lagden should have secured second place both on the day and overall, on 155. Unfortunately, he forgot to countersign his card. ‘Flowerman Mike’ withered in the second round when he failed to finish the 7th and this left Peter Easthope to move up from fourth to claim second place on 162.

Boosted by a birdie on the 17th Guy Pickard took top prize in the medal on the day with an 80 and added to his first round 84 he ended on 164 for fifth place overall.  Last year’s senior section winner Steve Keegan finished sixth on 172.

Saturday’s nett prize winner was Andy McGee (13). His 84/71 included ten pars, but half of his dropped shots were incurred on the 4th and the 11th which he triple bogeyed. Alan Bath (17), who recorded an amazing nett 64 in the first round, suffered from bunker blues in the second round and eventually N/R’d.

No doubt warming up for the club championships Callister (+2), who already holds the black tees new course record with 68, won a well supported midweek Stableford with an impressive 41 points. Callister looked set to lower his record when standing at five under with three holes to go. Bogeys on the 16th and 18th put paid to those hopes. Also carding 41 points, a triple bogey on the 11th stymied Steve McGowan (9) for countback purposes. Nevertheless, McGowan went round in a super six over par for second place. Juan Costain (5) was third on 38 points ahead of five other players on the same score. One of them was the first lady home Marlene Akitt (34) who stopped scoring after16 holes.

This coming Saturday sees twin shotgun starts for the August Rumble which is a four-man AM-AM with a prize presentation wedged in between.