Castletown Golf Club members were out in force for the first salvo of Saturday’s shotgun start of the August Rumble. The afternoon mob did not manage to miss the monsoon and many walked in. It was a four-man AM-AM with two to count on the opening ten holes, three on the next five and all four needing to score on the final three. Off 75 percent of handicap only one team managed to beat the perfect nett par Stableford score of 94.

Leading the winning team to a magnificent 95 points Ben Smaller stroked in two birdies, seven pars and one nett par. Andy Sharpe struck a profusion of pars and nett pars: six of one and half a dozen of the other. Jon Wagstaffe was one short of Sharpe on both those counts but the George Woods Bogey Cup winner added a three pointer on the 15th. 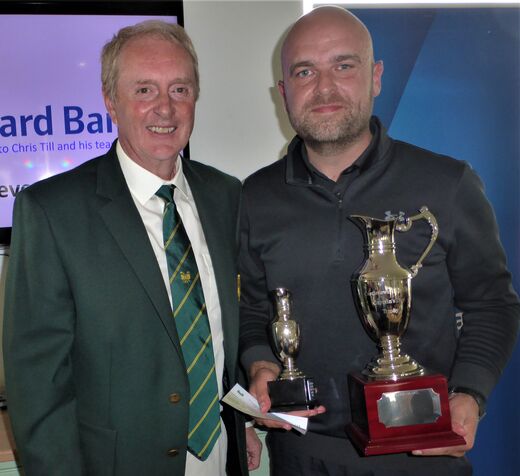 Last, but not least, the Captain’s Day Cup recipient Greg Stalker, opened with a birdie then snapped up nine pars and two nett pars to secure their success.

Just one back on 94 Dave Litton, Angus Alexander, Alex Townell and Chris Till were ten points ahead of the curve after the first ten holes. Alas, they faded fast when three scores were needed. The real damage done when they dropped five shots on the 11th followed by two more on the 12th.

Two teams were tied for third place on 91. They were neck and neck, but Colin C Magee, John Byrne, Steve Keegan and Mark Todd won by the nod. A tremendous ten pointer on the 17th making the difference against Roger Raatgever, Jon Wild, Richard Dunn and Chris Reynolds who personally started with back-to-back birdies.

The Bay Green Restaurant was packed at lunchtime for the prize presentation. Captain Graham Harris led the heartfelt applause to thank all involved in making the recent Island Championships such a success. He praised the continued support of our administrators Andi Howland and Robert Gardner and highlighted the importance of the role played by all our sponsors. 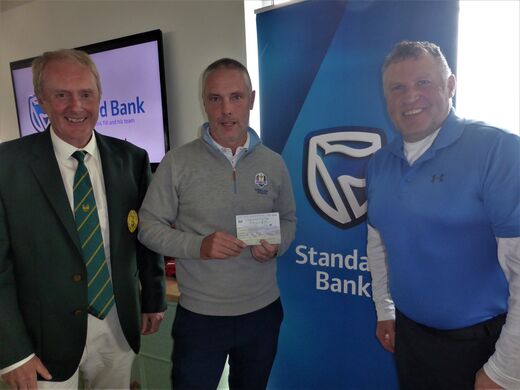 Chris Till the CEO of Standard Bank IOM, fresh from success on the course, took the opportunity to award clubhouse credit vouchers for their sponsored Stableford which had been won by Steve Boyd with 43 points. 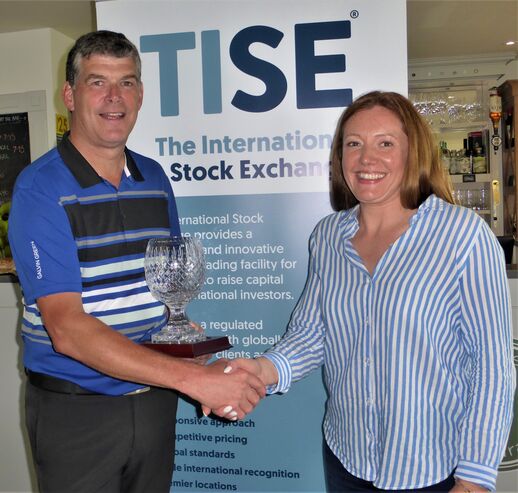 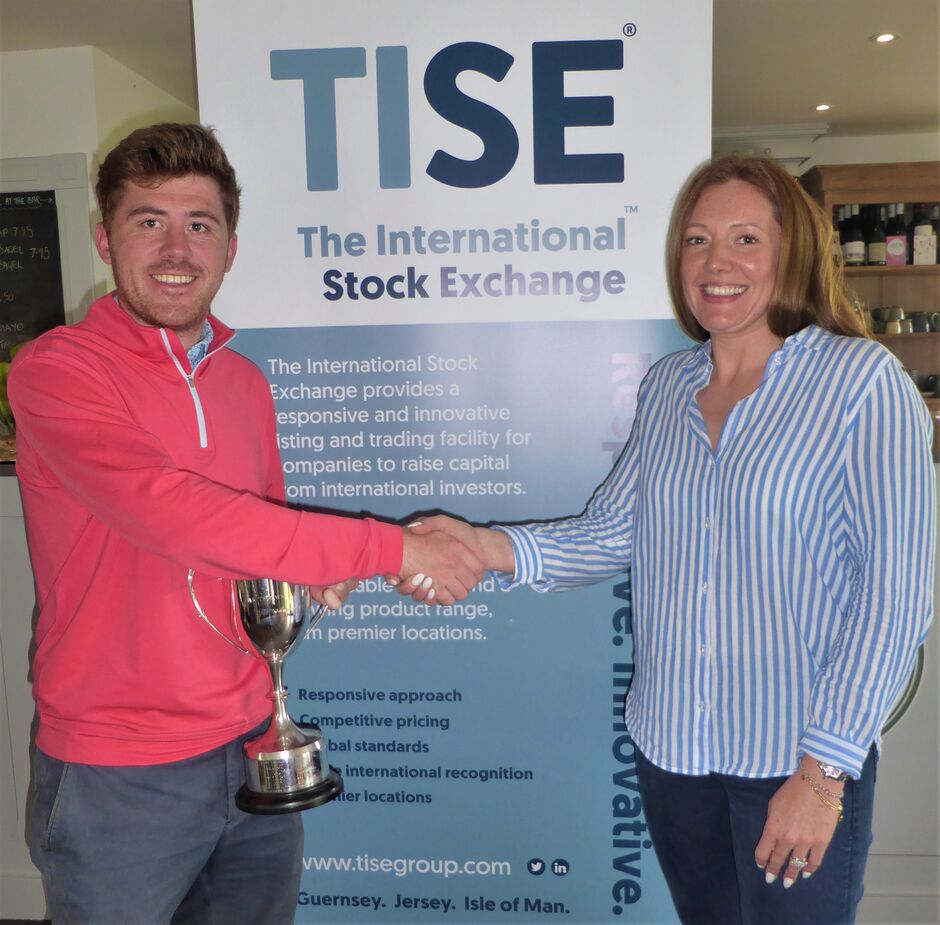 and Jon Corke was equally elated at being presented with the Club Championship Trophy. 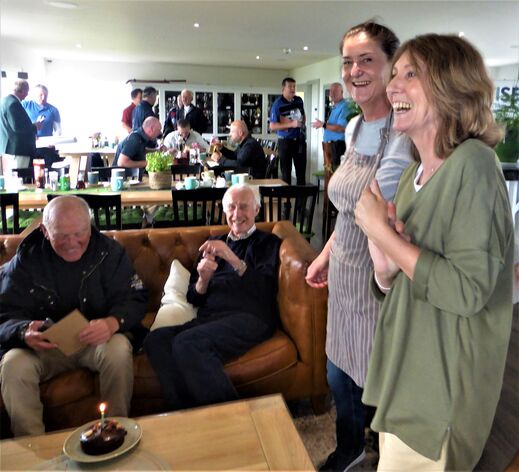 There was also a surprise presentation for Gwynn Williams who was celebrating his birthday, seen here alongside John Lee, Caroline who baked the cake, and Jane whose birthday it also was.

This coming Saturday is President’s Day and Sam Skelton has set us a mental as well as a physical challenge. It is a risk or reward Stableford with modified points ranging from -3 for double bogeys or worse, to +8 for an unlikely albatross. I’ll be aiming for the nearest-the-pin in two prize on the 18th but will be content with a free tea in the clubhouse.