Mediocracy counted for nothing at Castletown Golf Club on Saturday. President Sam Skelton requested a risk or reward non-qualifying Stableford with a modified scoring system. Finishing with positive points was not guaranteed as nett pars were neutral and double bogeys or worse scored -3 so lost balls cost you more than money. 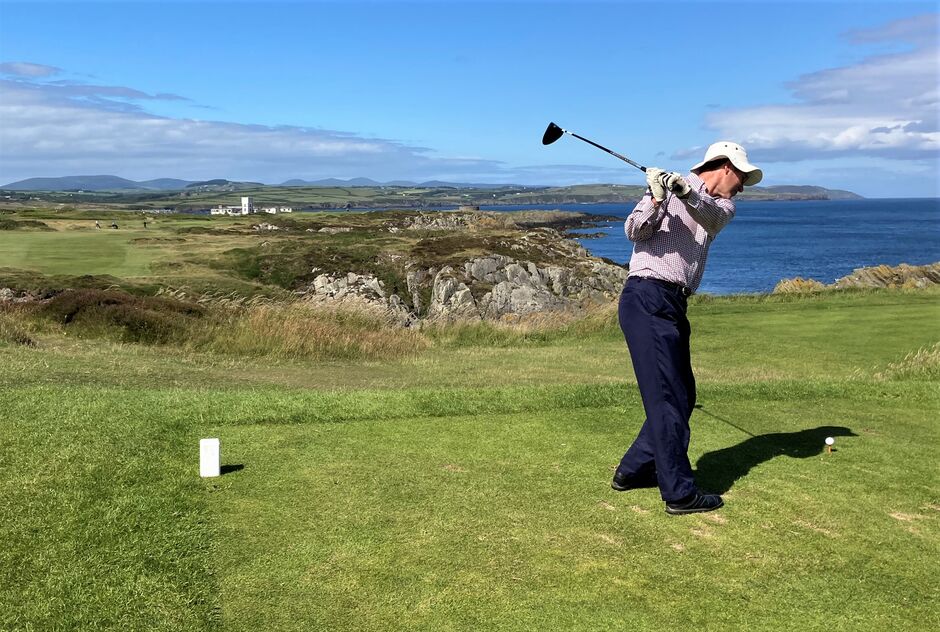 My playing partner Francis Thoday (14), fresh from lessons with Charlie Simpson, temporarily transmogrified into a birdie machine. Two outrageous long putts and a chip-in were rewarded with a trio of five pointer nett eagles. Thus, Thoday turned at +14 having missed a tap-in nett par putt on the 4th. Six bogeys and three pars on the back nine morphed into a further five points for an unbeatable +19 to win the president’s cup plus a dozen premium golf balls.

There appeared to be a two-way tussle for second spot on 40 Stableford points. In the end Steve Zybert (12) just edged out Guy Murray (13) with +13 modified points compared to +12. Murray had been three points ahead with three holes to play but dropped one on the 16th and failed to finish the final hole. In contrast, Zybert coasted into second place with three nett pars and also receives a box of balls as the senior’s prize donated by the president.

John Lee (19) picked-up five points for a nett hole-in-one on the 13th helping him to finish fourth on +10. Dave Quayle (4) also accumulated +10 for fifth place and, having played off the black tees, receives twelve golf balls as the best gross prize for his 78 after a lovely level par back nine.

Jerry Linehan (25) looked to be on his own in sixth place with 39 Stableford points as the president would have finished ninth on 38 but Skelton’s birdie on the Road Hole was worth five modified points. Thus, both players compiled +9 modified points although Linehan prevailed on countback.

There were two more winners of the president's premium golf balls; Richard Dunn for his arrow-like accuracy on the 13th and Andy Dent for nearly finding the flag with his second shot to the green on the 18th.

Paul Russett (36) triumphed in the midweek Stableford with 45 points followed by the island champion John Corke (+2) who went round in three under gross off the back tees for his hard earned 41 points. Martin Young (6) was third on 38.

This coming Saturday sees the September SMP Partners monthly medal and on Sunday there is a ladies invitational which is a pairs Greensome where both players drive and then alternative shots are taken from the chosen drive onwards.