Last year the Castletown Golf Club ladies’ championship sponsored by The International Stock Exchange (TISE) was over 36 holes. This year just one medal round was played but the top seed and defending champion Lynda Simpson (5) retained her title with Shirley Price (7) once again finishing second. 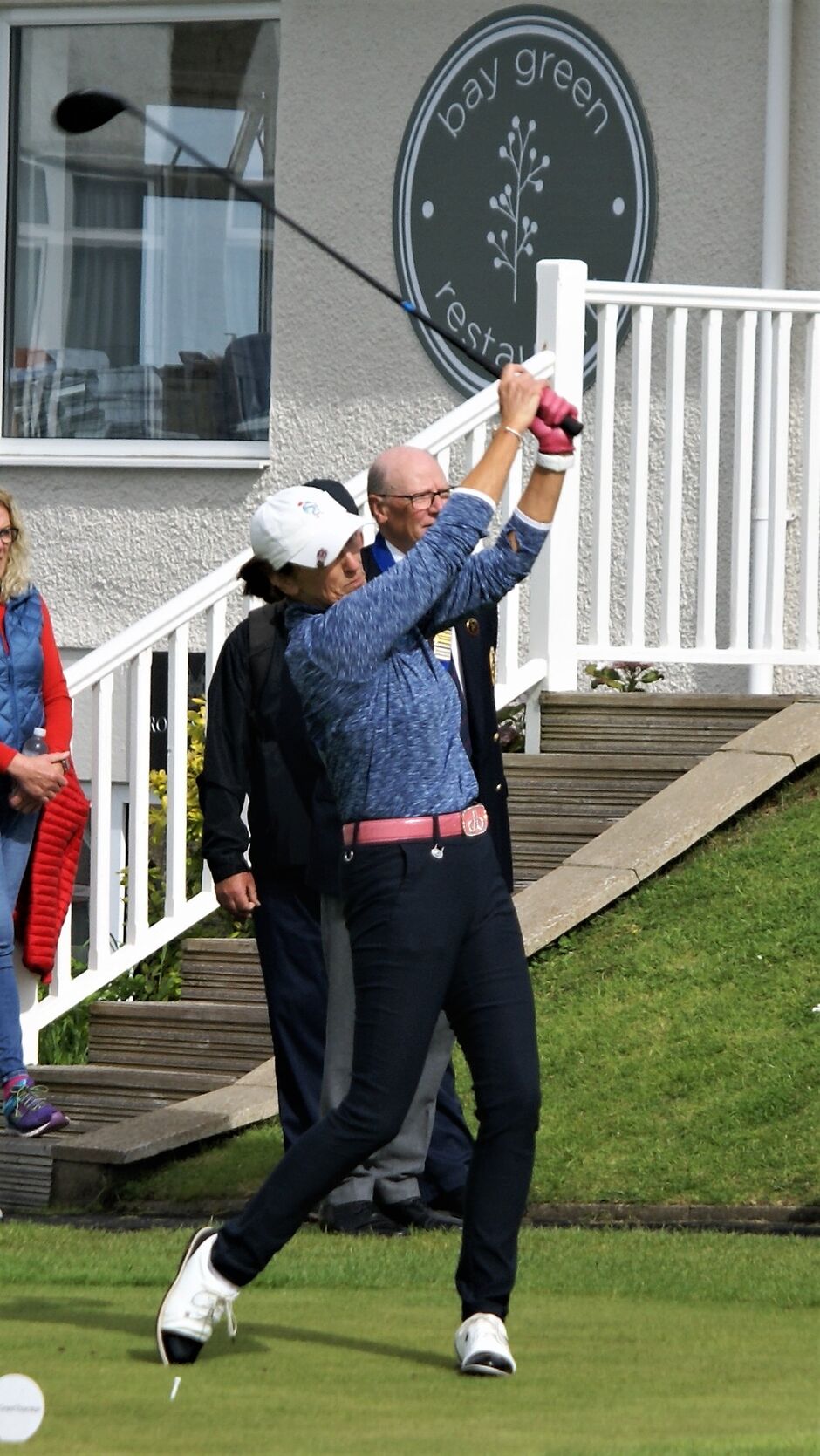 Simpson, who set the old course record at 74 in June 2018, posted a new mark of 77 for the revised course in the championship on Sunday. Her splendid four over par round included 14 pars, double bogeys on the Road Hole and the 15th, plus a birdie on the 11th. There must have been a feeling of relief and exultation when the former Curtis Cup player concluded the challenging new 18th with the only bogey to blot her winning card. 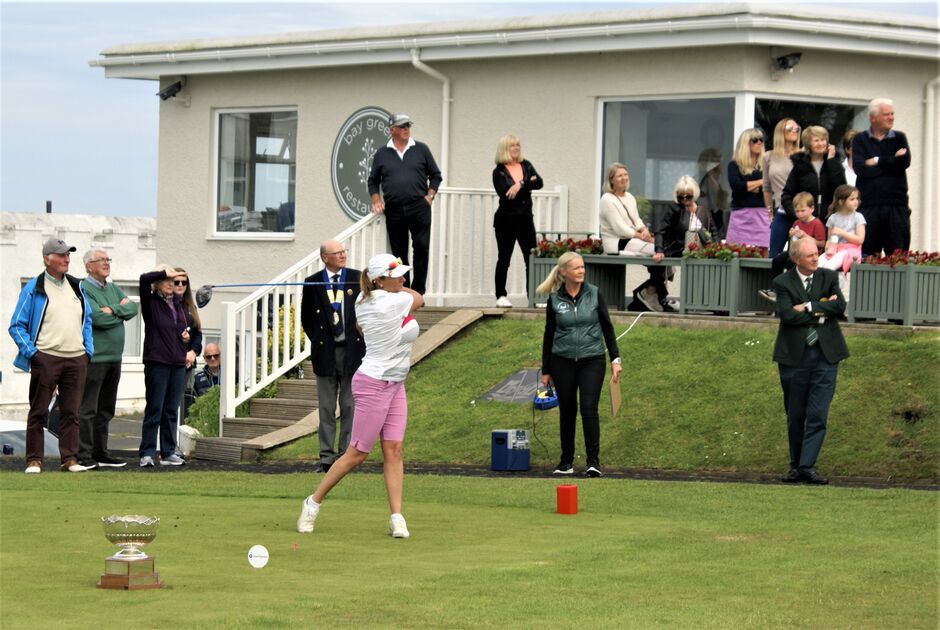 Price had used up her handicap with eight holes to play and slipped into third place with a double bogey on the 14th followed by a triple bogey on the next. Heather Skinner (15) had been one shot behind Price at the turn but the gap widened to four when Skinner took a sickening seven at the 10th. 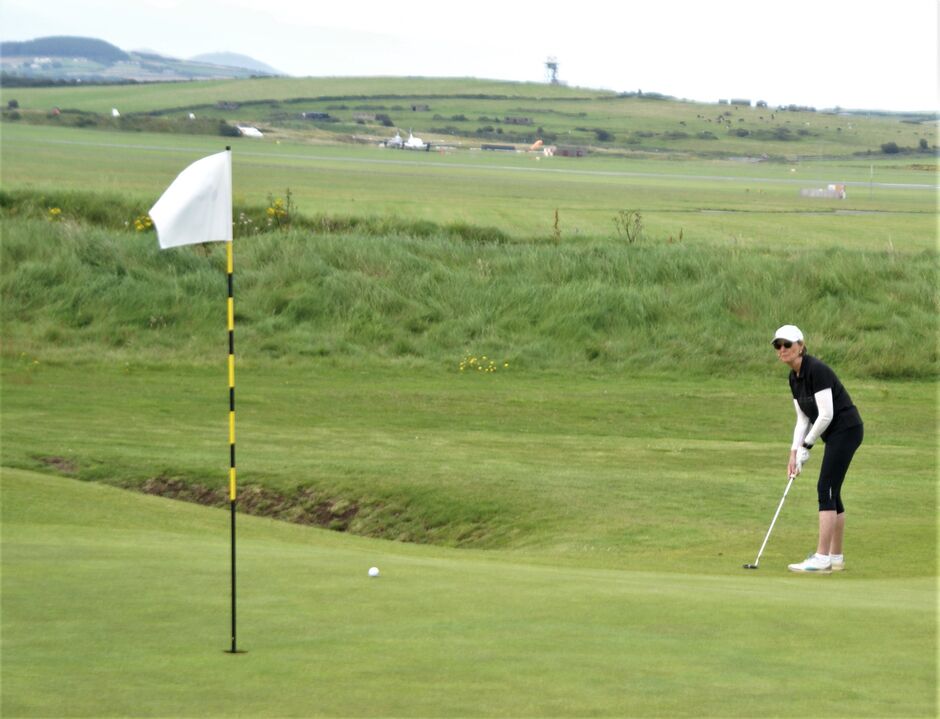 Super-vet Skinner covered the next six holes in luscious level par to hold a three-shot advantage with two holes to go.

Price suffered a double bogey on the 17th but gained a stroke on Skinner who shot another sinful seven. There were now two points separating the pair with just the last to play. Price successfully negotiated the tricky 18th with a bogey to finish on 89. Skinner could afford a bogey or even a double bogey but the gorge beckoned and the resultant quadruple bogey pushed her back into third place with 90.

Relatively new but improving golfer Alison Beech (33) was always going to be in with a chance in the nett competition. Even a troublesome ten on the 15th did not dampen her spirits. 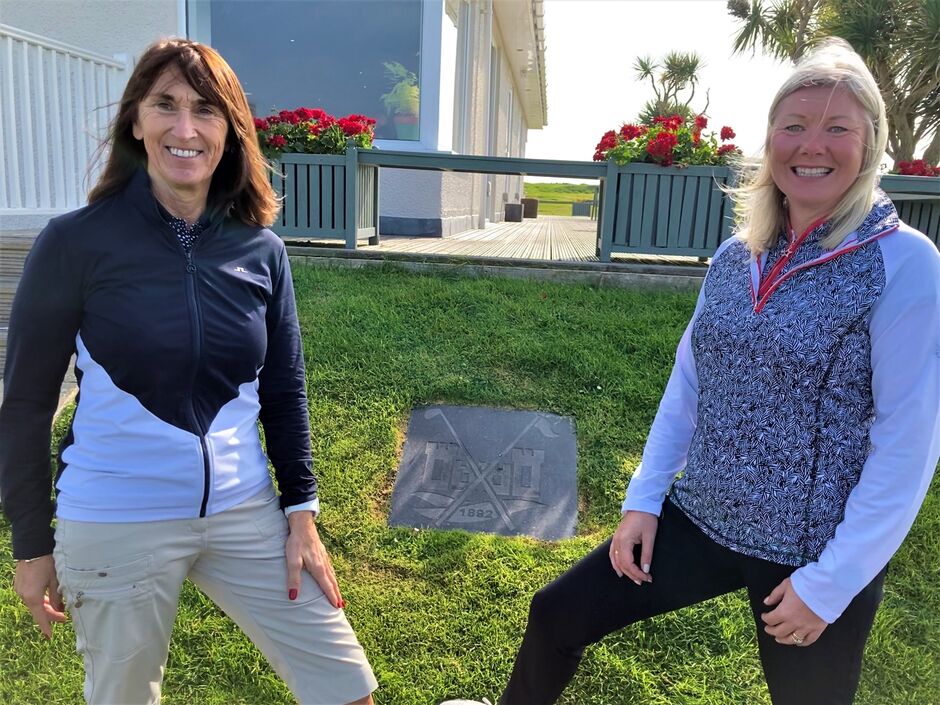 Finishing with a slippery seven Beech was delighted to learn that after adjustment her two under par 71 pipped Simpson by a point for the nett prize.

There was no presentation on the day as the tradition for the ladies’ section is to have an end of year dinner when all the awards are made.