The threat of inclement weather caused Canaccord Genuity to postpone their sponsored Stableford at Castletown Golf Club on Saturday. This event will now take place in two weeks’ time. The decision was vindicated as the replacement club sponsored Stableford attracted half the usual numbers because conditions worsened as the day went on.

The runaway winner Jimmy Kelly (16) managed the mizzle and, aided by a beautiful birdie on the 8th was a fabulous four over par after fourteen holes. Having already accumulated 40 points Kelly could afford to drop five shots on the final four holes and still sign for a sensational 45 points. 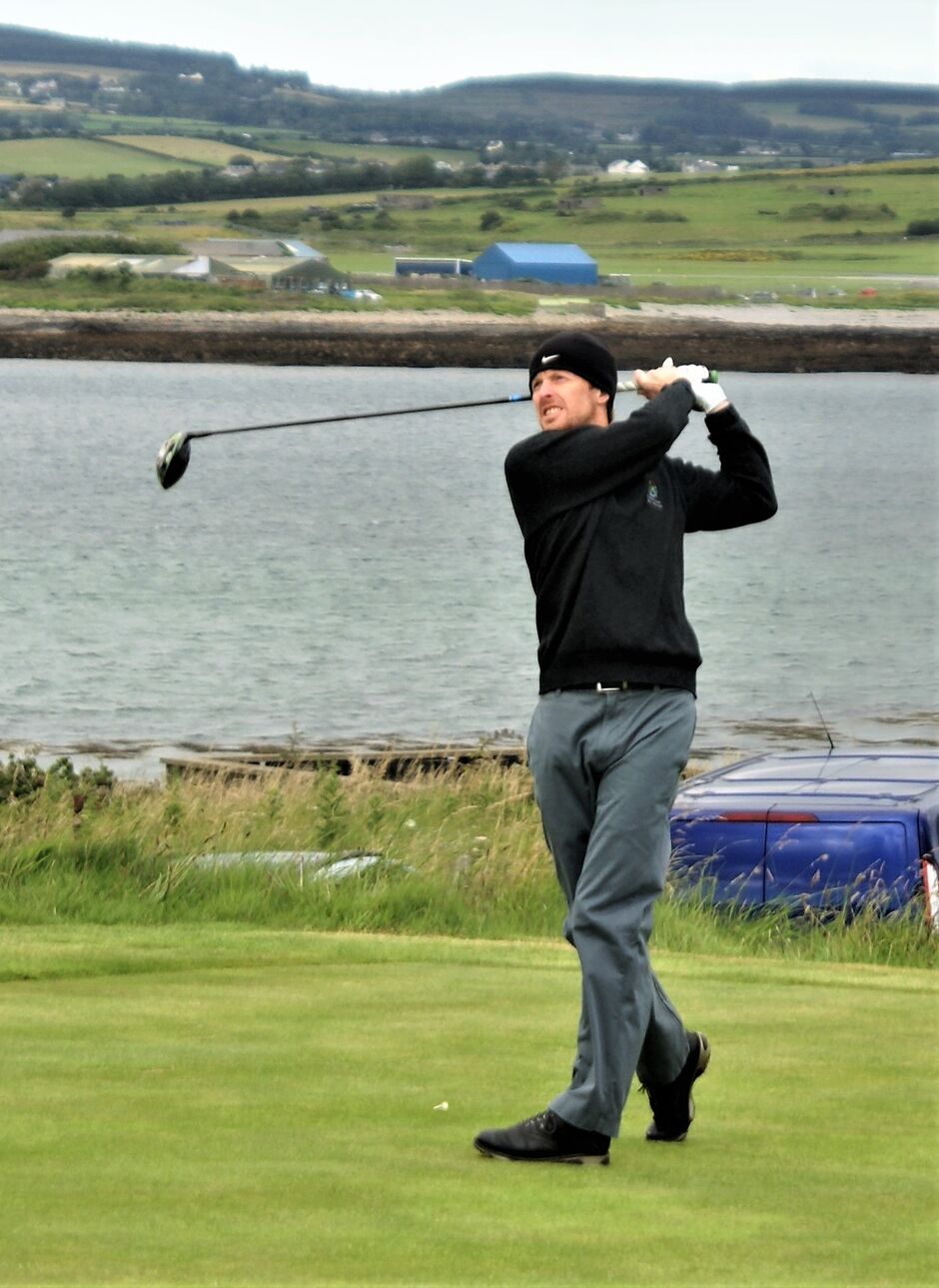 Firing five birdies on the back nine the white tees record holder, Andrew Challenor (+1) shown above, had a chance to lower his mark. Alas, Chall bogeyed the 18th so only equalled his fantastic four under par 68. It converted to 41 points for second spot plus two dollops from the two’s pot.

Ignoring an N/R on the shortest hole John Byrne (11) completed the course in a super six over par. With seven nett birdies, nine nett pars and one bogey Byrne bagged 40 points for third place on countback. The countback casualty Mark Jones (18) had acquired 38 points after sixteen holes and added two more although suffering an ugly eight on the 17th.

One point back on 39 there was also a tie for fifth the sixth-place prizes. Last winter’s Eclectic winner Tim Callow (19), who finished fifth in the August medal, repeated the feat thanks to a lucrative two on the 16th. Lobsterman Iain Quine (8) potted nothing on the 11th but fished-up a rewarding two on the 13th to help him land sixth spot.

In the previous Friday’s Battle of the Captains’ charity day Jane Holt, Roger Raatgever, Nick Wild and the aforementioned Mark Jones amassed a massive 100 points to seal victory in the fun AM-AM event. However, the main winner was the Manx Stroke Foundation which will receive over £3,800 thanks to the generosity of all involved particularly, the prize sponsors Dawn and Guy Sissons from Manx Medical Imaging.

This coming weekend sees the return of the Neville Peterson Memorial Stableford which last year was won by Anthony Hopkins with 42 points.