Poor weather caused the postponement of Saturday’s Syd Ashworth Trophy at Castletown Golf Club, so this was replaced with a club sponsored Stableford. Most of the morning mob managed to miss the event but the later starters were rewarded with relatively calm conditions. The top two finishers had to be separated by their final three holes having both carded creditable 38 points. 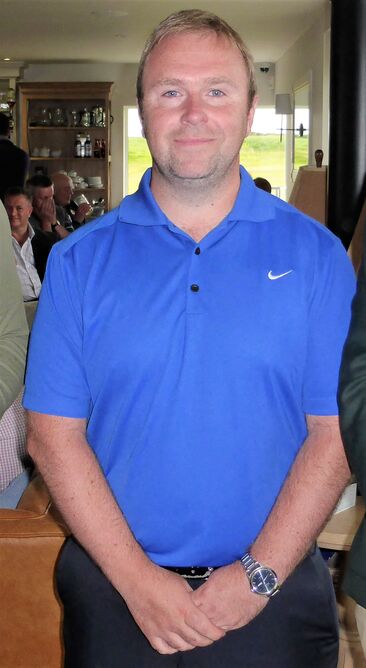 Back in August scratch-player Michael Charmer was the countback casualty in the Captain’s Day competition despite having posted 44 points with his fantastic nett 65 off the back tees. This time level par 72 off the white tees proved good enough to take top-spot. Charmer birdied the 3rd and bogeyed the 11th but struck in a sweet sixteen pars in his winning round.

Second-placed Daniel Hattersley (11) was one of only two players to tap-in a two. His rewarding pin-pepperer on the 16th was worth four stableford points and it put him in the lead with just two holes to go. Unfortunately, a sinful seven on the 17th and a double bogey on the last hampered Hattersley’s hopes.

Standard Bank Stableford winner Steven Boyd (1) N/R’d the 11th but otherwise went round in luscious level par to take third place with 36 points. David Quayle (4) was fourth on 35, just ahead of Andrew Gerrard (6) and club president Sam Skelton (5) on the same score.

Andy Saunders (11) will be ‘Quid’s Inn’ following his worthy win with 41 points in the midweek mixed Stableford. But for an N/R on the 12th Kevin Amphlett (14) could have been celebrating as otherwise he delivered nine pars and eight nett pars for 40 points and second place. Midweek specialist Steve McGowan (7) came third with 38 points just pipping Jane Holt (18) the first lady home on the same score. 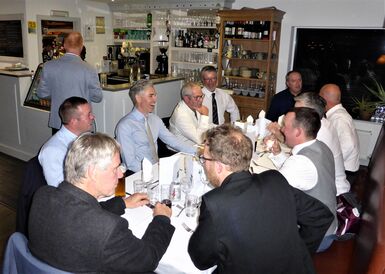 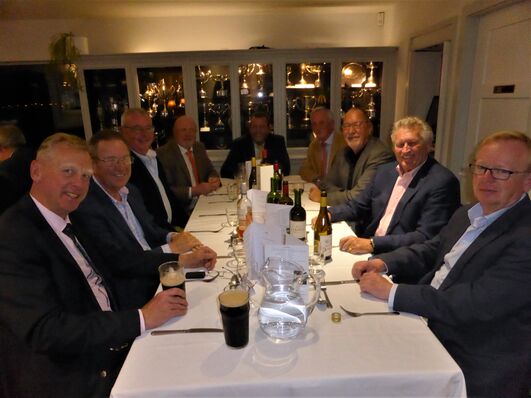 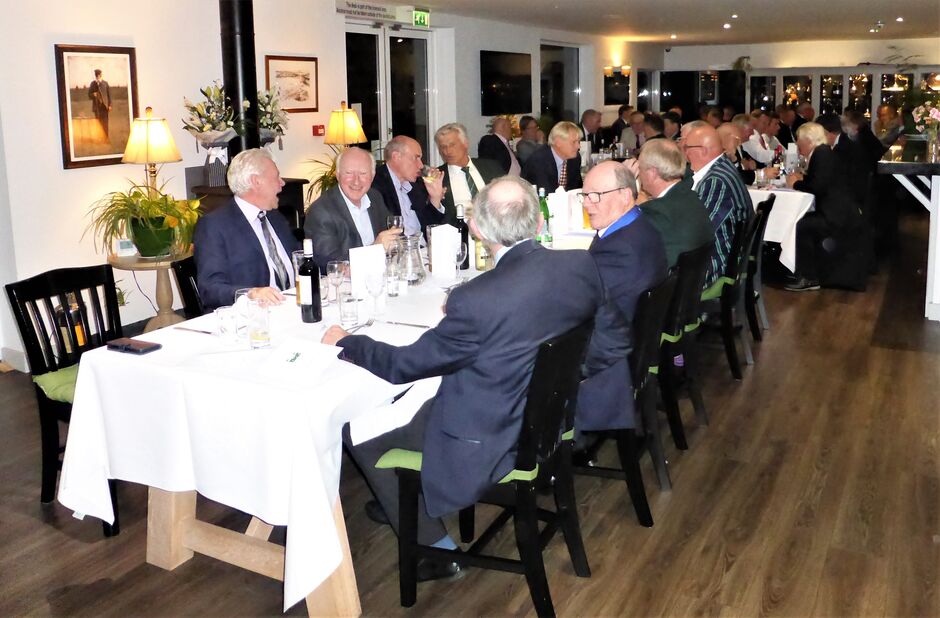 There was a full house for our captain Graham Harris’s dinner on Friday night at the Bay Green Restaurant. The mighty meaty lamb shanks were excellent, and 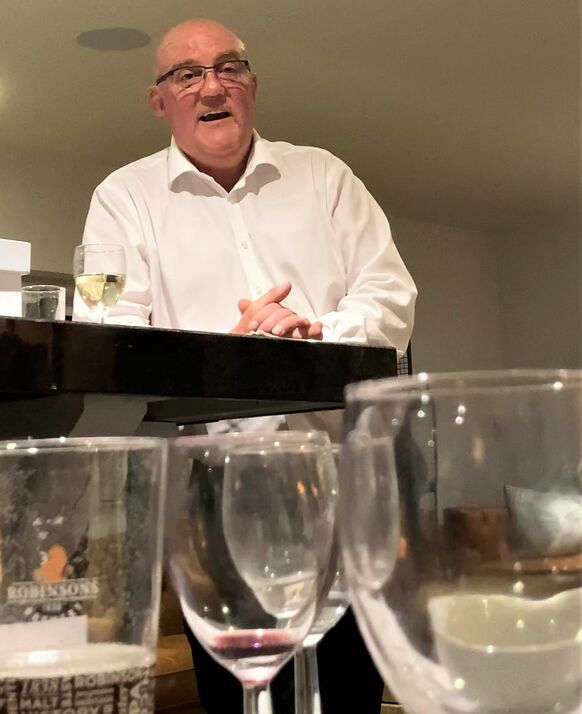 we were well entertained by the guest speaker Dick Welsh MBE. 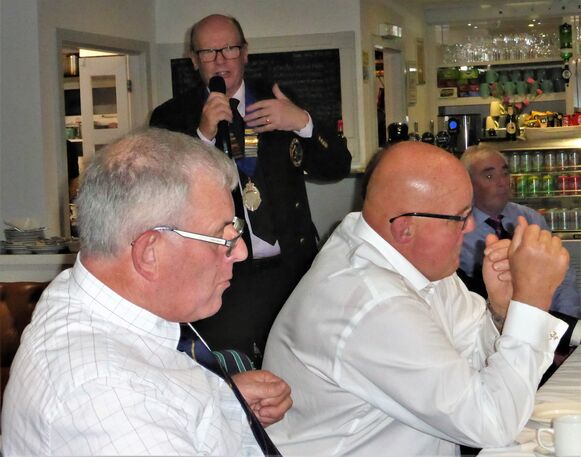 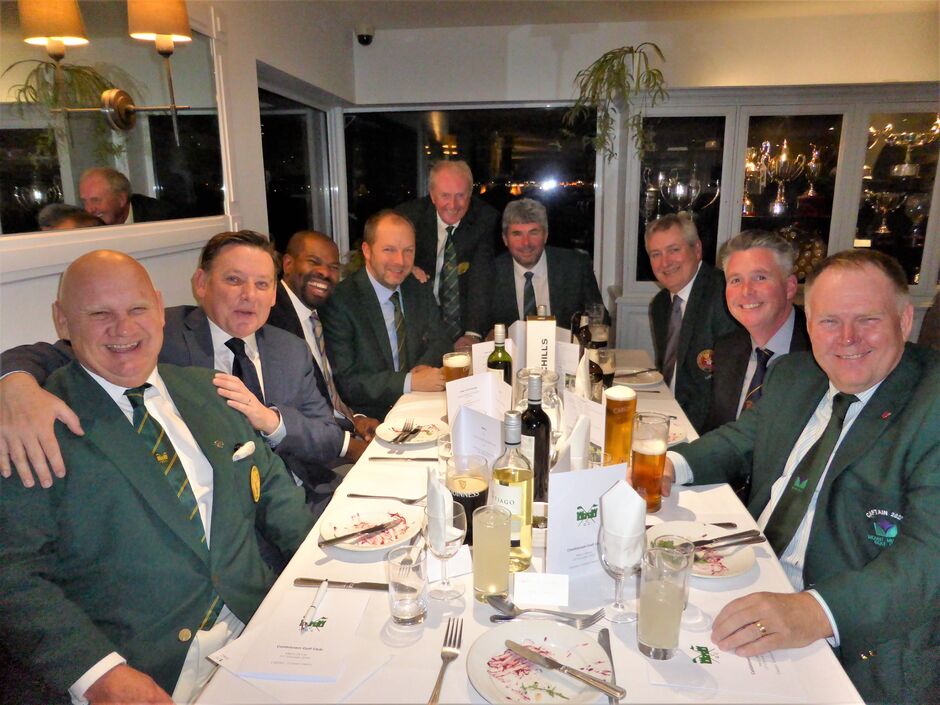 Almost every club captain was in attendance, but our Island golf champion Jon Corke was conspicuous by his absence. Something about getting married on the morrow was mentioned, which provoked a few ribald comments, although everyone wished him and his intended well.

This coming Saturday sees the culmination of the Suntera Global sponsored series of monthly medals. Then winter will be upon us with the emphasis on team competitions with the occasional qualifier to keep us sharp.