The last in this year’s series of Suntera Global sponsored monthly medals had been postponed so it took place at Castletown Golf Club on Saturday. 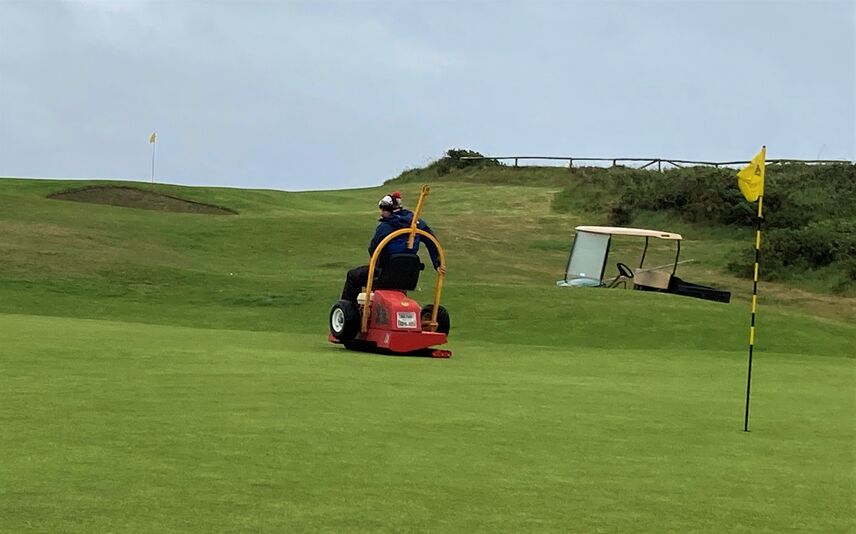 Being the beginning of the winter season only the yellow tees were available, but the greens were slick having been recently rolled so precision putting was at a premium.

Fynoderee Gin’s marketeer Nick Wild (28) discovered the perfect tonic, introductory lessons with club pro Charlie Simpson. Playing in his first ever medal Wild went on to win with 94, nett 66. His route to success included three pars, ten bogeys, four double bogeys and an extravagant eight on the 18th. But for that quadruple bogey Wild would have completed the course in 18 over par, ten better than his shot allowance.

Long term member Dave Litton (19) is also reaping the rewards of recently investing in lessons with Simpson. Seven pars, eight nett pars and only three nett bogeys translated into a very solid 87, nett 68, for second place on countback. Last Sunday’s Stableford winner Dan Hattersley (11) was only four over with two holes remaining. A double bogey, bogey finish had Hattersley spitting feathers as it cost him on countback but 79, nett 68, was a worthy round.

Four players fought it out for fourth place with nett 69s. Stuart Brawn (18) skulled his opening approach shot and blamed a leafy lie for another double bogey on the 8th but then four perfect pars placed him in pole position in the card play-off. Fifth place went to Pete Thomas (8) on 77/69 and having won the midweek Stableford on Wednesday Thomas is definitely not doubting that swing set-up coaching from Simpson certainly paid dividends. Standard Bank’s Chris Till (20) birdied two of the first three holes helping him cash-in the final nett prize even though he squandered half his handicap on three other holes. Mark Teare (3) went round in luscious level par but his nett albatross on the 7th proved to be an unlucky omen as it came too early for countback purposes.

Initially, there was a two-way tie at two under (70) for the best gross prize. Steven Boyd (+1) and Michael Charmer (+1) both bagged three birdies on the front nine and were one over on the inward leg. 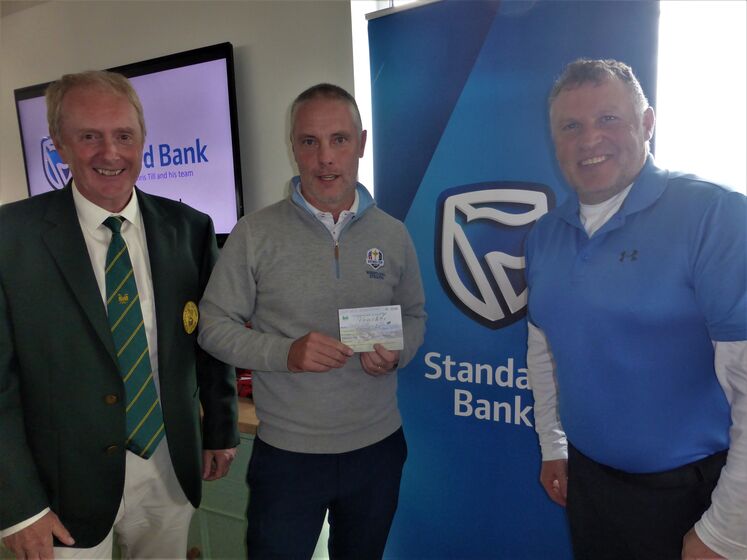 Boyd (shown above with the Captain and Chris Till) had a better back six score reflected by a beautiful, bountiful birdie on the 18th.

Thomas, mentioned above, had stepped in with 39 points to win Wednesday’s Stableford, one ahead of David Allan (13) and two clear of Chris Westerman (17) who failed to finish the 5th and the 12th.

This coming weekend we welcome the first of the traditional Turkey Trot team competitions generously sponsored once again by Tower Insurance. So far 50 teams have signed-up for the FBBB but there are still some spaces available.