34 teams took part in the second in the series of Tower Insurance sponsored Turkey Trots at Castletown Golf Club on Saturday. It was a Texas Scramble, and every player needed a minimum of four drives, so some compromises had to be made and there were some sweaty palms towards the end. Having no such problems the winning team went round in ten under par and finished with nett 53.7. Andy McGee completed his compulsory contribution by the 12th and teed up twice more for good measure. Two birdies were begun by Anderson Whamond who had delivered his drives by the 14th. Short game specialist George McArdle clipped it close on both the 8th and the 16th to complete his collection. Thus, the team birdied every par three. Anchorman Guy Murray had to wait until the 17th, but his huge hits had already humbled the 5th, 7th and 10th. 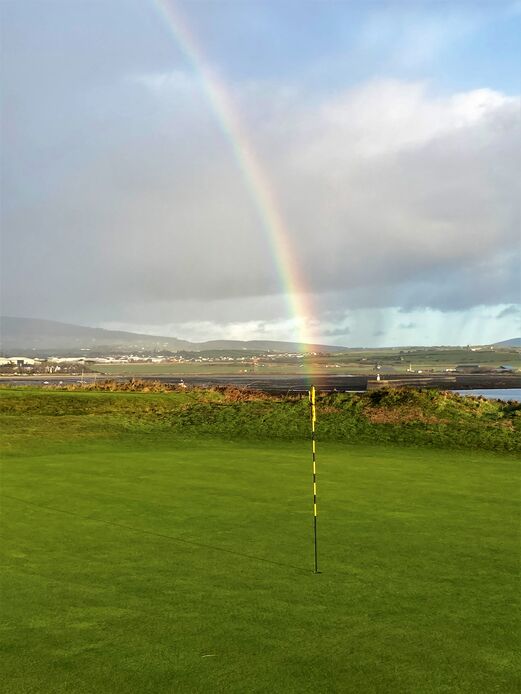 No pot of gold but an eagle on the 3rd transmogrified into a turkey for the second-placed team of Tim Callow, Keith Featherstone, Brian Kelly and Kyle McConnell.  It kick-started their round and with six birdies over the last twelve holes they produced a 64 which became 54.5 after application of their 9.5 combined handicap.

Frankie Doherty’s opening drive was converted for a tap-in two but he, David Allan, Mark Kneale and Guy Pickard then had to wait until the 7th for the floodgates to open. Eight birdies put them up the pecking order into third spot with 62/54.7.

The elite team of Matt Ascroft, Trevor Boyles, Kenny Chesterson and Foley Gort were seven under at the turn and ended at an amazing eleven under par. Unfortunately, with a paltry 4.9 allowance there was no poultry for their nett 56.1 in fourth place.

There are still some spots available for Friday, 27 November when the club is hosting the Beaujolais Nouveau AM-AM in aid of Hospice IOM. Registration is from 11.00am with a noon shotgun start. Book online or contact Andi Howland on 822211 for more details. 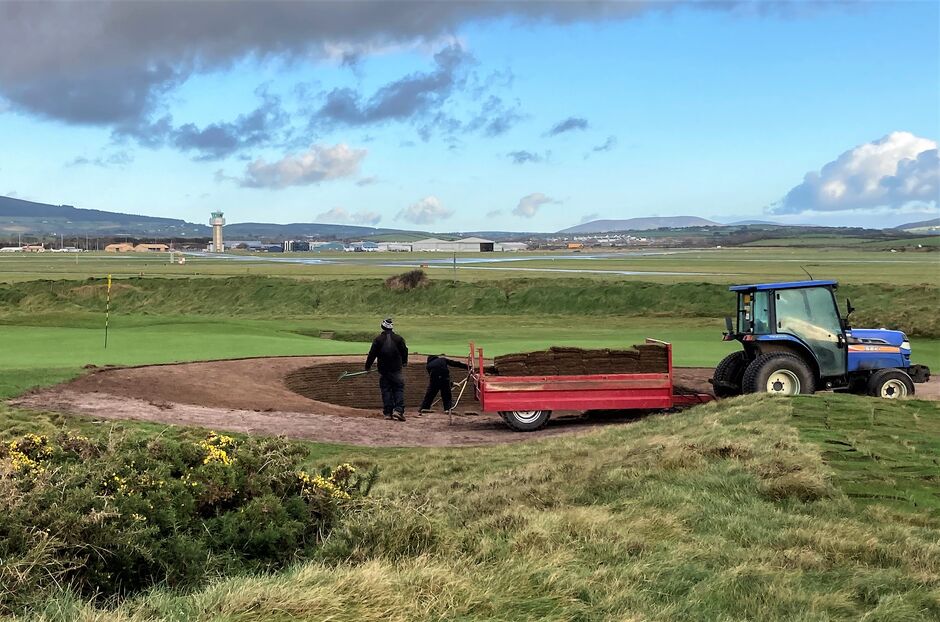 This Saturday Bill Ashworth is kindly sponsoring the Syd Ashworth Trophy which is, this year, linked with the Greenkeeper’s Benefit giving us all an opportunity to show our appreciation for our hardworking and dedicated ground staff.

Finally, it is with sadness that we note the passing of two true gentlemen members of the Club. Those of you who remember John Bullen, aged 96, or knew Anthony Hopkins may wish to pay your final respects. John Bullen’s funeral will take place at Douglas Crematorium at 2:00pm on Thursday 26 November. The service for Anthony Hopkins is at 10.00am at St Anthony’s, Onchan on Friday 27 November.