Christmas is coming. Stuck for a present? Not quite a money back guarantee, but the top two places in Saturday’s Syd Ashworth Trophy at Castletown Golf Club were taken by Charlie Simpson acolytes. Fresh from his latest lesson David Litton (19) converted four of his numerous birdie putts to take the trophy with 43 points. Earlier this month Litton had secured second spot in the Suntera Global medal with 87, nett 68.

As well as being fitted for new irons second-placed Mark Grace (16) received direction on delivering his driver. Other than over exuberance on the 9th Grace was in favour of the swing change as was evidenced by his four over par back nine for 22 of his 41 points.

Three other players achieved the same score. The necessary recount promoted past president Peter Robertson (14) into third place as, controversially, the computer converted his par three on the shortened 18th to a nett eagle for four of his inbound 21 points. 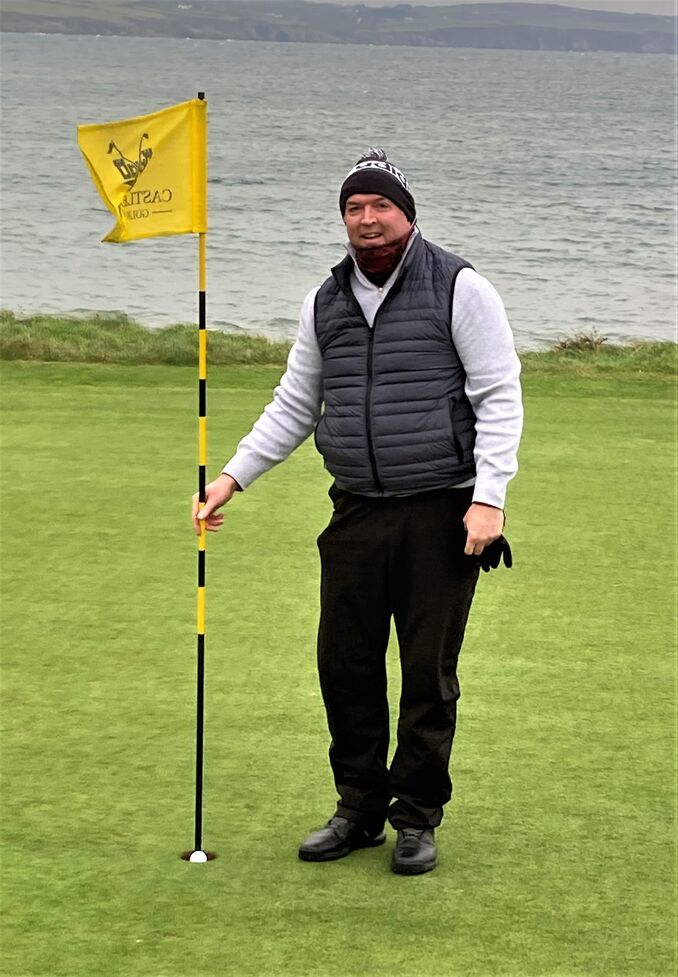 In fourth with an inward 19 points Richard McAleer (22) - shown above - netted an albatross for five points with his gross birdie on the Road Hole and ended with a four pointer for his bogey four on the unamended stroke index 4 last hole. Fifth-placed Mark Taylor (15) was just four over after 14 holes and had amassed 35 points before an ugly eight arrested his charge.

Sixth place also had to be decided on countback. With a tremendous three over par back nine Donald Buchanan (17) headed those on 40 points to claim the final prize. Peter Miller (16) lost a ball on the 11th but finished seventh just ahead of Juan Costain (6) who went round in a tidy two over.

A hole-in-one might not be an unexpected feat for Steven Boyd (+1) but achieving it on the 18th is definitely a talking point as it was worth five of his 34 points down in 48th place. There was certainly plenty of discussion in the clubhouse about big queues on the 18th tee and whether it would not be better to temporarily reinstate the old fairway whilst the new one is unavailable. 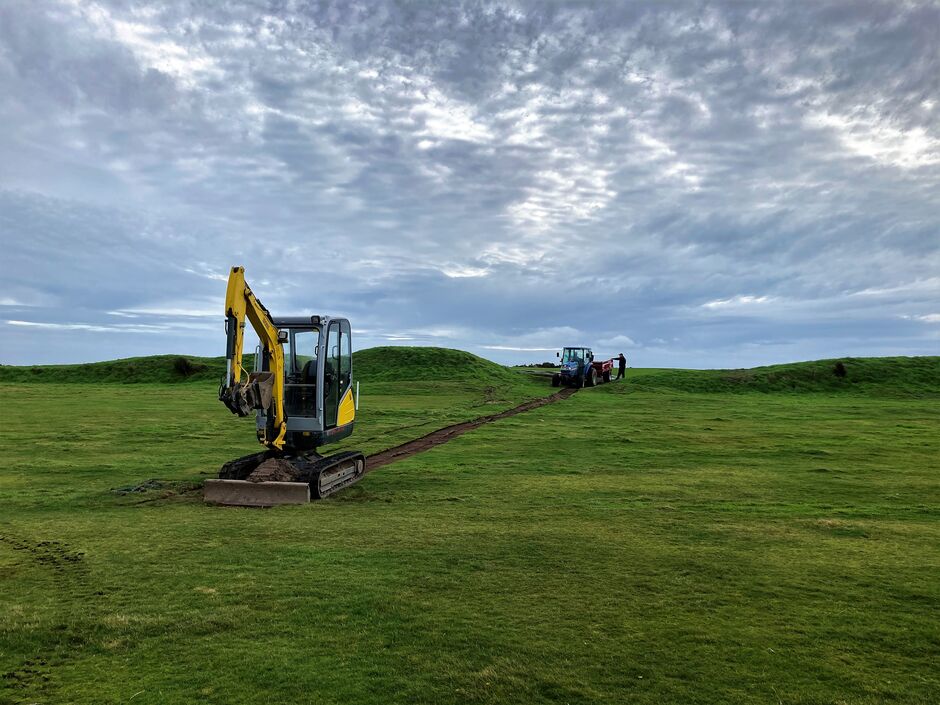 As the image above shows, this is not really a viable proposition as the drainage works now cut across the old fairway. 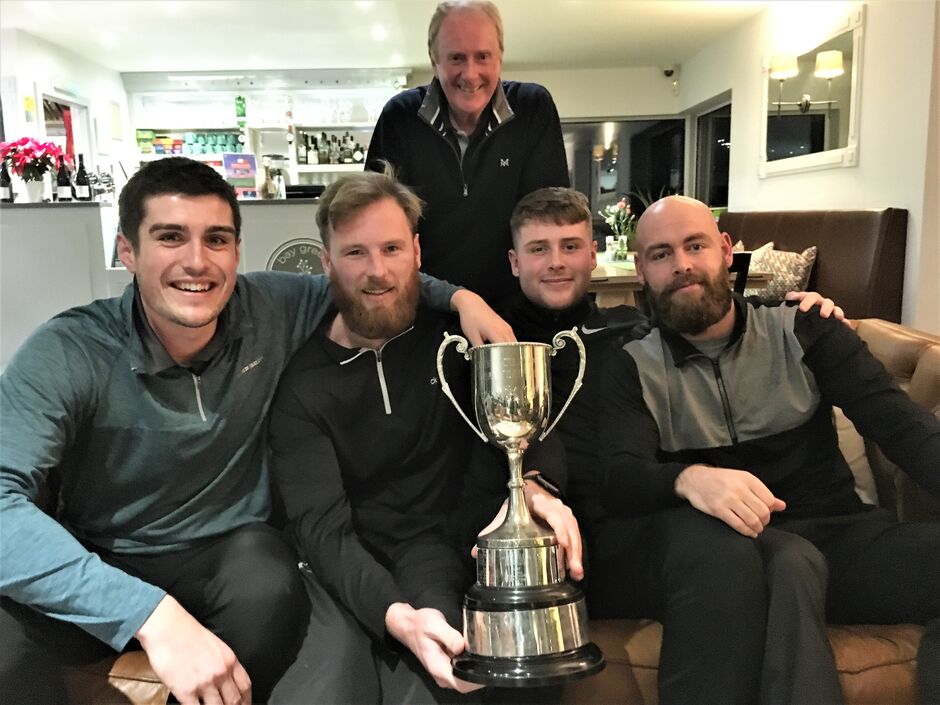 Isle of Man Hospice benefited by over £600 as a result of the Beaujolais Nouveau Trophy AM-AM which was won by Jack Snidal, Dan Hattersley, George Powell and Jake Sansbury (shown above) ahead of Kevin and Julie Amphlett together with Lynda and Mark Simpson in second place.

Following four birdies Frankie Doherty (6) had accumulated 24 points over the first nine holes in the midweek Stableford. He ended at one over on 42 points to win the event ahead of 27 other competitors. Stephen Fisk (18) came second with 40 points one clear of Julie Amphlett in third.

On the previous Sunday Angus Hopkinson (17) won the mixed Stableford with 39 points. Dan Hattersley (10) came second on 35 with Stephen Kane (10) third with 34 points.

This coming Saturday sees the third in the Tower Insurance Turkey Trot series. There are currently two tee times still available and a couple of the AM-AM teams are looking for a player to make up their numbers.