Each year the new captains at Castletown Golf Club nominate a charity which will benefit from their fund-raising activities. This year, for the first time ever, both captains chose the same charity. The Manx Stroke Foundation is particularly poignant for the lady captain Maryann Dunn as her mother had sadly succumbed to a stroke. Men’s captain Graham Harris had no hesitation in agreeing to support such a worthy cause.

As well as the traditional captains’ drive-ins and well supported captain’s day events Maryann organized a bingo night and, together, they hosted the Battle of the Captains charity golf event. 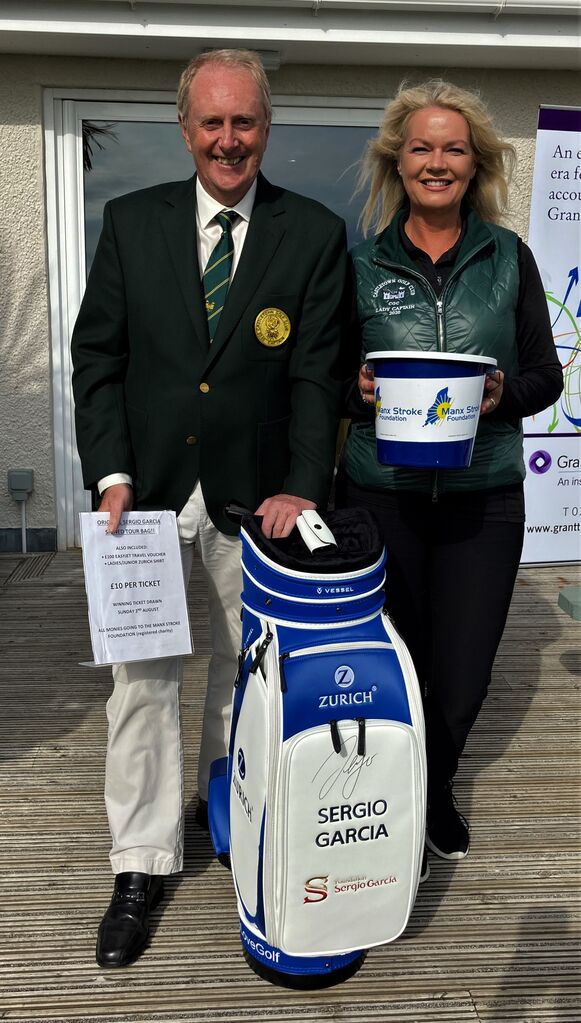 Over £3,000 was raised when Graham auctioned off a Sergio Garcia golf bag which he had won in a previous Zurich Insurance local charity raffle. Both captains thanked all who had supported their efforts and were particularly grateful for two generous, anonymous, donations which helped bring the final total raised to £9,516. 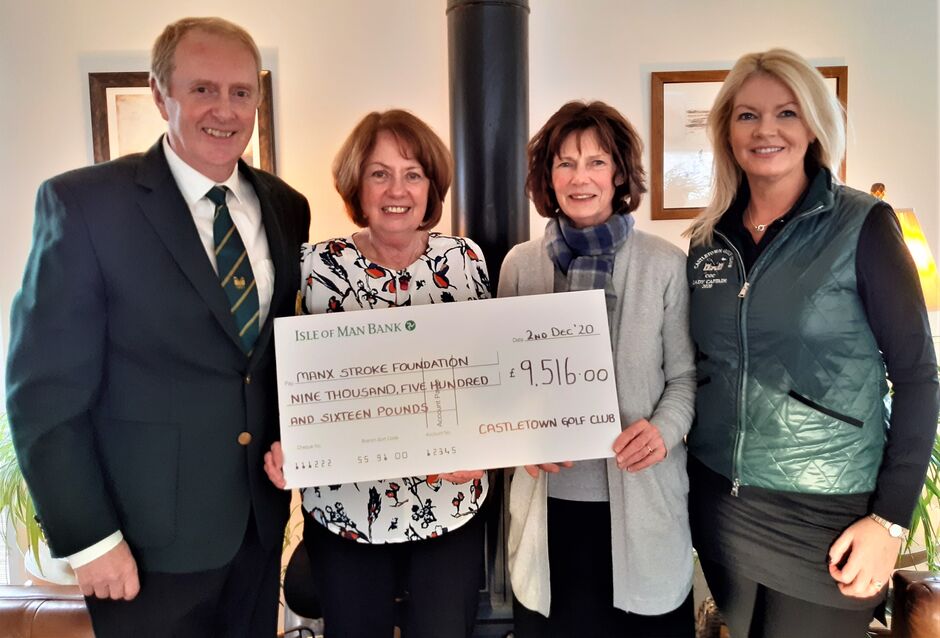 MSF volunteers Maureen Redmayne and Trish Lambert were pleased to accept the presentation cheque on behalf of the charity. They explained that past donations had helped Nobles Hospital purchase two CT scanners and that next on the wish list is specific neuro perfusion software to aid accurate stroke diagnosis and guide treatment.

MSF also operate a personal monetary grant system, on application, for stroke affected patients to help improve quality of life and/or aid independence. This could be anything from a special mattress to hoists and powered wheelchairs. Application forms are available online at www.manxstrokefoundation.org