In an AM-AM with three out of four scores counting on each hole perhaps you don’t need an abacus to calculate that if your team scores 16 Stableford points on the final hole you are likely to win.  That was what happened at Castletown Golf Club on Saturday in the third in the Tower Insurance Turkey Trot series. However, Guy Sissons, Geoff Sugden, Stewart Fleming and his son Oliver, did have to rely on a back nine countback as, remarkably, another team also carded a +26 total of 134.

Over the round Sissons (21) secured six gross pars but his final one was superfluous as it was worth a mere four points. Former captain Sugden (25) sunk three gross pars and Fleming Snr (35) nabbed two. With the last hole remaining as stroke index 4 and, the computer still counting it as a par four, their threes became nett holes-in-one or albatrosses for five points apiece. Not to be outdone, Oliver (34) eclipsed them all as he tapped in a two for a ‘condor’ or double eagle’ nett hole-in-naught worth an outrageous six points.

Up to the 16th the second-placed team of Robert Quine (19), Jamie Garrett 920) plus William (15) and David Laughlin (20) had bagged two nett holes-in-one, a birdie and 22 pars between them. Unfortunately, the 17th only yielded three points but they immediately bounced back to finish with two nett eagles and a nett birdie for 11 of their 134 points.

Taking third place with eight birdies and 29 pars Simon Willoughby (15), Phil Games (13), Simon Murray (6) and Michael McCord (11) had high hopes that their 133 points would have been good enough to top the lot. The 13th proved to be unlucky for them as it was the only hole on which they failed to card six points or better.

Having finished second in the Syd Ashworth Trophy on the previous Saturday Mark Grace (16) validated his new swing by winning the mid-week Stableford. His 40 points came from 16 holes because he N/R’d both the 10th and 11th. Mark Simpson (14) was second on 39 and Nigel Gregg (10) came third with 38. Jake Sansbury (10) went round in four over par to win the Sunday Stableford. His 42 points was one better than second-placed Darren Crawford (17) with Peter Skelton (7) third on 36.

Ahead of the AGM there was a prize presentation. Unfortunately Steven Boyd, who had very recently retained his Golfer of the Year title, was not expecting the award and was off Christmas shopping, so had sent his apologies for absence. 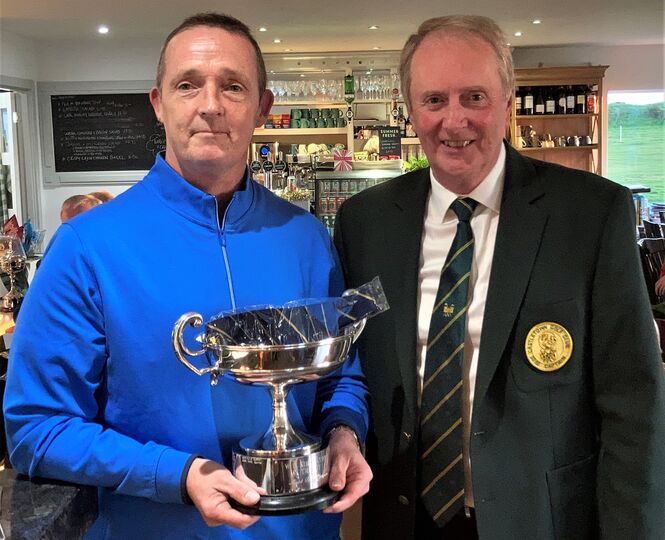 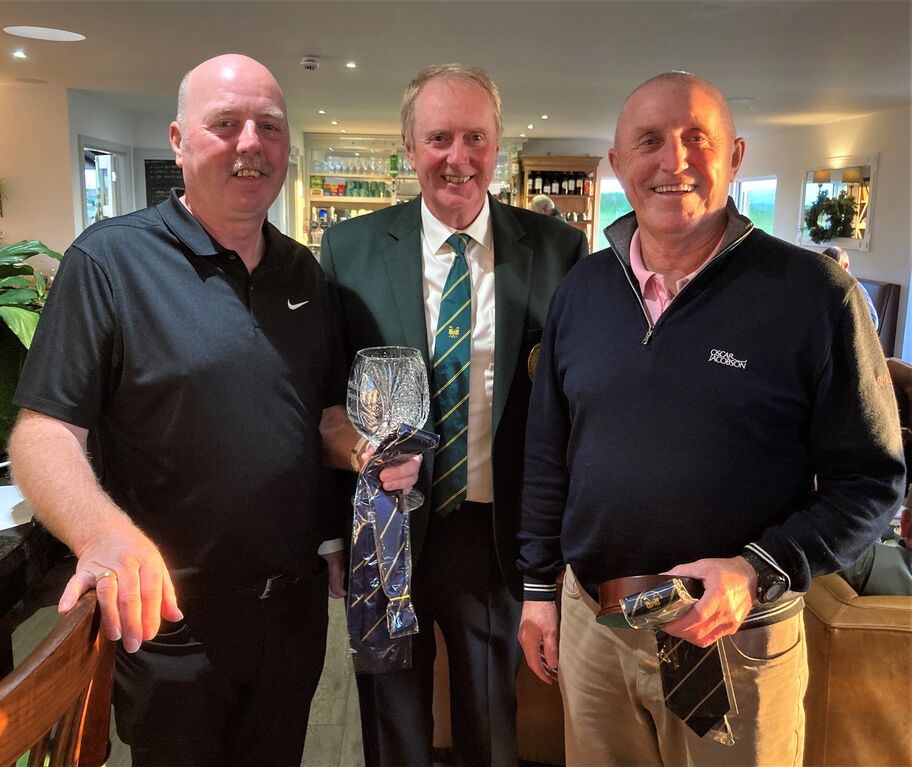 Wayne Egerton and George McArdle were also pleased to receive club ties from the Captain when he presented them with the Steve Bradshaw Crystal Trophy for winning the 2020 Men's Pairs Betterball Matchplay knockout competition. 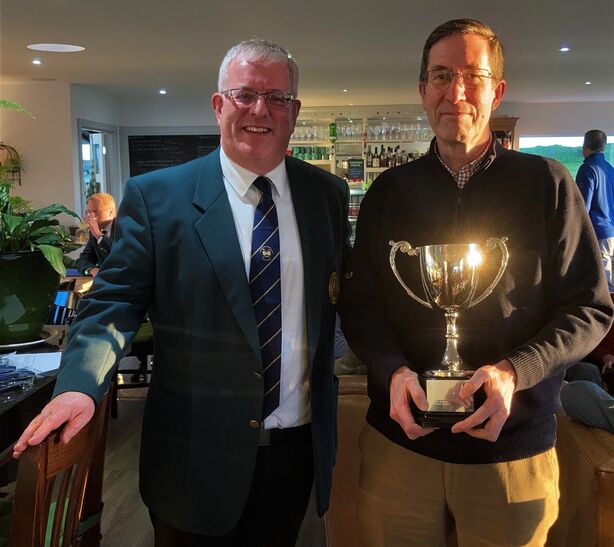 The sun also shone on Francis Thoday who was on hand to receive the President's Cup from Sam Skelton.

At the club’s 36th Annual General Meeting Gez Bradley and Bronwen Raatgever were voted in as the new captains. They announced that their joint chosen charity would be Isle Listen which helps people recognize that mental health is just as important as physical health. 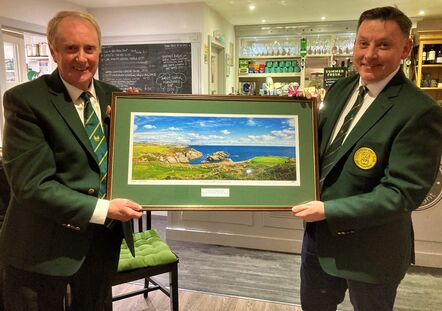 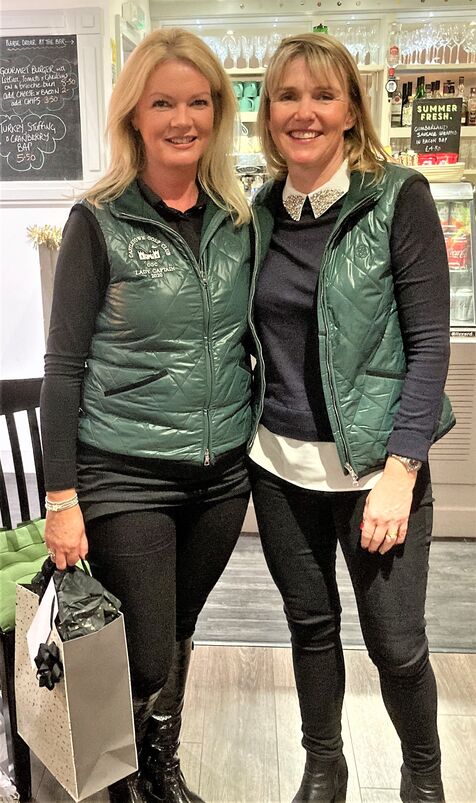 and the first duty of the new captains was to make presentations to the outgoing captains Graham Harris and Maryann Dunn.

The two retiring directors Peter Robertson and Gerry Ganly each received a small gift and were thanked profusely for all of their hard work and dedication to the Club over many years. Simon Murray and John Byrne had been nominated, and were duly voted in as the replacement directors.

Ben Smaller and Lynda Simpson were elected on to the Handicap Committee which will continue to be chaired by Steve Keegan. It was noted that there are still vacancies for this committee and the board has the power to make such appointments. Interested parties should, in the first instance, contact the hon: sec: Robert Gardner.

A special mention was made to acknowledge all our sponsors and the sterling work undertaken by Andi Howland who arranges and administrates our competitions, the next being Saturday’s 4BBB, which is the fourth in the Tower Insurance Turkey Trot series.