Such is the popularity of the Tower Insurance Turkey Trot series that almost ever tee time had been booked to play wonderful winter golf at Castletown on Saturday. 59 teams took part in the 4BBB and even off 85 percent of handicap only three teams failed to score 36 points or better. Not content with one turkey Mark Jones gobbled up the top prize again, this time ably assisted by Bryan McMahon.

Jones’s (14) round included bookend birdies and he completed 14 holes in a terrific two over par. McMahon (7) shot the same over 15 holes. Although they doubled up on six holes their better ball score was worth 48 winning points.

There was a four-way tie for second spot on 46. A convoluted countback ensued, and the last six holes separated Kenny Chesterson (4) and Trevor Boyles (9) from the pack. Boyles birdied both the 8th and 13th for two dollops from the 2’s pot and, importantly, their four under par round ended with back-to-back birdies for Chesterson.

Based on the last three holes a final five pointer nett hole-in-one was needed to promote Andrew Gerrard (4) and president Sam Skelton (3) above Campbell Guy (5) and new captain Gez Bradley. They finished in third and fourth place, respectively. Unfortunately, for Paul Keeley (6) and Chris Westerman (15) it was Guy’s nett eagle on the shortened 18th which put paid to their prize pretentions. 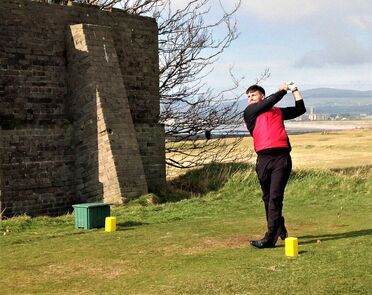 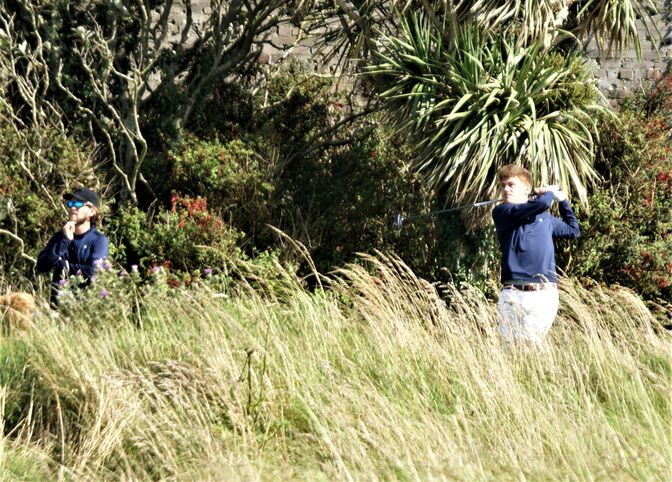 The lowest combined round of the day – gross 61 - was witnessed by pro golfer Tom Gandy marking the card for Daryl Callister (+3) and Jon Corke (+3) who finished down in tenth place on 44 points. Corke, the island champion, birdied each of the standard par threes whereas Callister collected a four pointer for his two on the last. Even though the 16th escaped his efforts Graeme Cryer carded a trio of twos as he also birdied the 18th.

34 players were tempted by the 9 hole midweek mixed Stableford which was won by Andy Saunders (4) with 23 points. His splendid sub-par round included a double bogey on the Road Hole. Julian Brindle (10) secured the same Stableford score but became the countback casualty decided on the last three holes. Nigel Gregg (4) logged a luscious level par lap for 22 points and third place.

On the previous Sunday there were 16 participants in the 17 hole Stableford which required another card play-off to decide the result. Both Sam Crawford (6) and Golfer of the Year (2019 and 2020) Steven Boyd (+1) posted 37 points. The computer suggests that Crawford won with a better back three score, but I beg to differ. Boyd bagged 16 points on the inward leg compared to Crawford’s 15. What is not in dispute is that Peter Skelton secured the final podium place on 35. 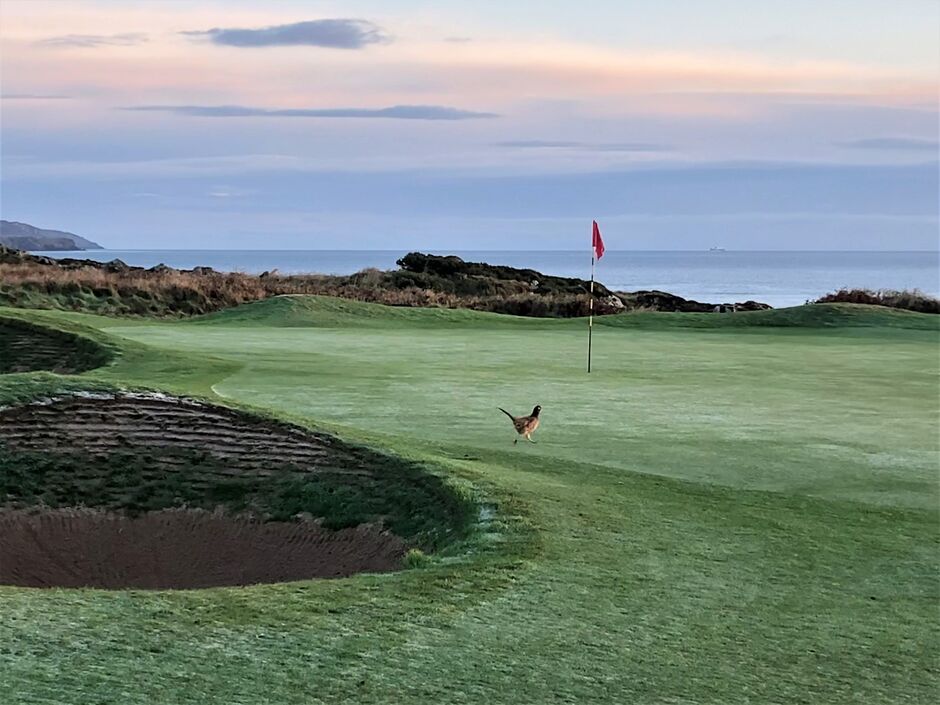 We can all be chasing birdies and this coming Saturday sees the fifth in the Tower Insurance Turkey Trot series. It is a modified Texas Scramble mixed with an escalating AM-AM. Interesting; and so far 120 players have signed up.

Even I managed to snap up eight in one shot! Got it licked, you could say!